The Moon And The Mangroves: An Unusual Connection! 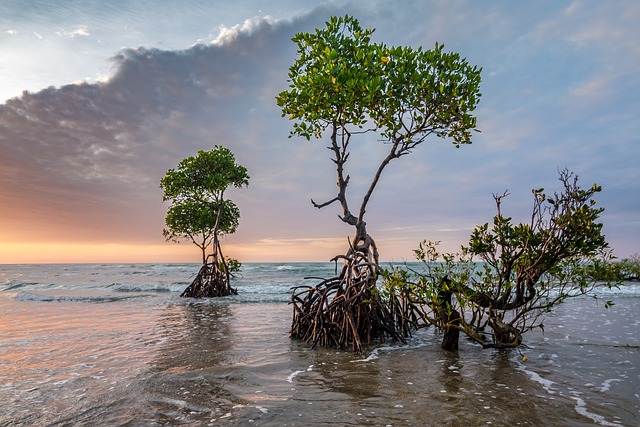 Did you know that mangrove forests can help keep people safe?

They help stabilize ecosystems along the coasts where they grow. They also protect against flooding by preventing land erosion, because their tangled roots hold soil and sediment in place. This helps to guard people and property located near coastlines.

However, over the summer of 2015, more than 40 million mangrove trees died from lack of water in the Gulf of Carpentaria near Australia! This loss of mangroves was once attributed to a weather pattern called El Niño. However, scientists now believe that El Niño is not the only cause of the mangrove die-off…

It was most likely helped along by the wobbling moon!

What are El Niño and Lunar Wobble?

During an El Niño weather cycle, waters along the western coasts of the Americas get unusually warm. This warming cycle starts a domino effect of different weather phenomena around the world, including higher rainfall in some areas, drought in others, and higher or lower tides in various locations. 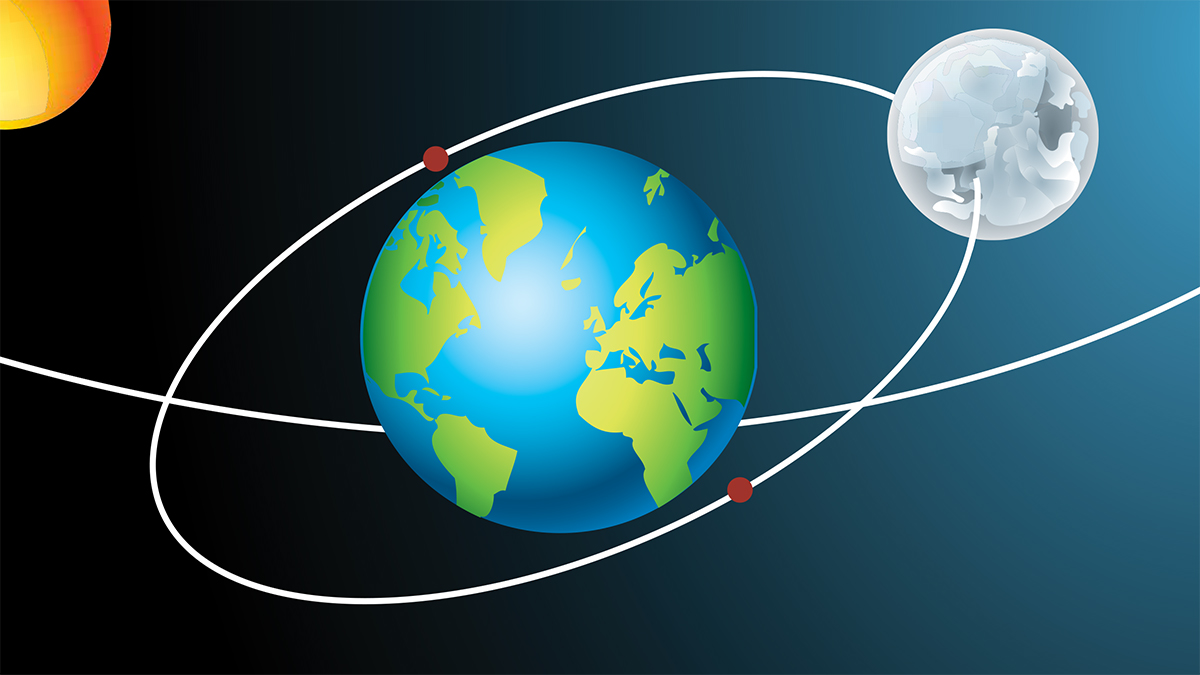 In 2015, El Niño was noted as having caused extremely low tides which left mangrove roots exposed and dry. The lack of water caused the aquatic trees to die. But, since no other mangrove forests were affected in the same way, scientists looked for another culprit.

The moon rotates around the Earth on the ecliptic plane - an imaginary plane of the Earth’s orbit around the sun. For 9.3 years the moon is slightly above the ecliptic plane, and for another 9.3 years, it is below it. Of course, this isn’t visible to human eyes, but rather is part of a long 18.6-year lunar nodal cycle. Due to the change in the position of the moon, the tides also change with it - reaching the highest of high tides and lowest of low tides in a nine-year alternating cycle. It has been observed that El Niño and lunar wobble often occur at the same time.

The cycle of extremely low tides in 2015 slashed tide levels by 40 whole centimeters in the Gulf of Carpentaria! However, the opposite is about to happen in the 2030s when the 18.6-year cycle is complete, which may cause major flooding along US coastlines. 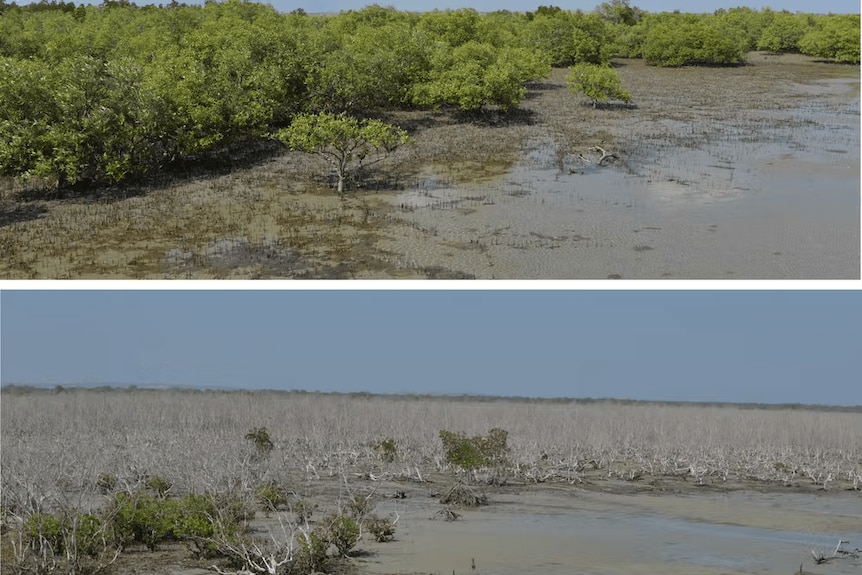 Rising temperatures are already linked to melting icebergs in the Arctic, and are raising sea levels by 0.14 inches (4 millimeters) each year. Combined with the effect of the wobbling moon, many West Coast cities might expect a large increase in flood events, especially in San Francisco’s Bay Area.

As the temperature rises and the ocean warms, San Francisco is expecting 31 additional flood days during the 2030s. This increases the amount of high-tide flood occurrences by more than five times!

Although the wobbling moon might be a natural phenomenon known to us since the 18th century, climate change has made this a much more dangerous event. However, with recent laws and acts passed by the US government, perhaps we might be able to battle the hazards of global warming and decrease the damage the tides might do in the future.

Learn about the role mangroves play in the video below...