A Robot Among The Penguins 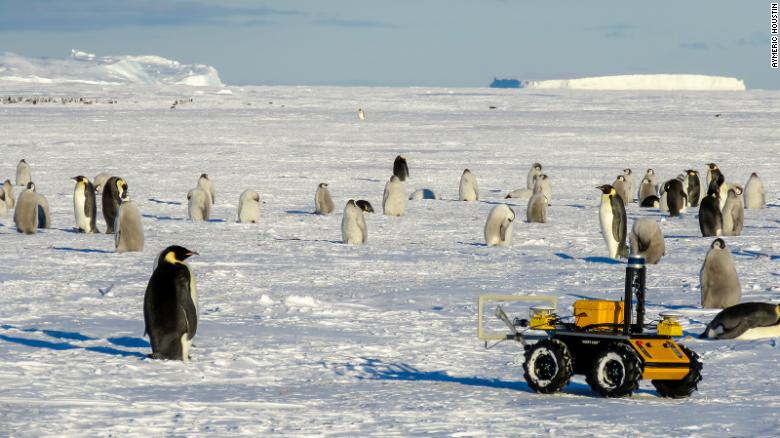 For the emperor penguins living on the sea ice of Antarctica’s Atka Bay, there is a curious companion in their midst.

The bright yellow ECHO robot on wheels attracts little alarm from the birds, who have come to accept it as a harmless oddity. To the scientists remotely controlling the ECHO, however, the robot is a valuable source of information.

Emperor penguins live almost exclusively in Antarctica and are extremely vulnerable to climate change. Global warming is causing sea ice loss, which disrupts their ability to reproduce and find food for their chicks. Should current levels of greenhouse gas emissions continue, a recent study projected that 98% of all emperor penguin colonies could be extinct by 2100.

Hence tools like ECHO are very important and help scientists monitor penguin populations without disturbing the birds themselves.

At 3-feet tall, the ECHO is shorter than most emperor penguins. And with its meandering pace, much slower than a human’s walk, the robot blends well into its environment and does not frighten the penguins.

Since 2017, scientist Dan Zitterbart and his team have been tagging penguins to remotely monitor them. Before ECHO, the researchers relied solely on SPOT, or the Single Penguin Observation and Tracking observatory. Installed in 2013, the observatory’s 16 cameras can capture high-definition images of penguins. Nevertheless, identifying tagged penguins within a photographed huddle was a taxing and inefficient task.

With ECHO, the researchers can speed up the process. Equipped with wireless receivers, ECHO picks up on the sensors attached to the penguins. From there, the researchers are able to instantly analyze data from tagged penguins. 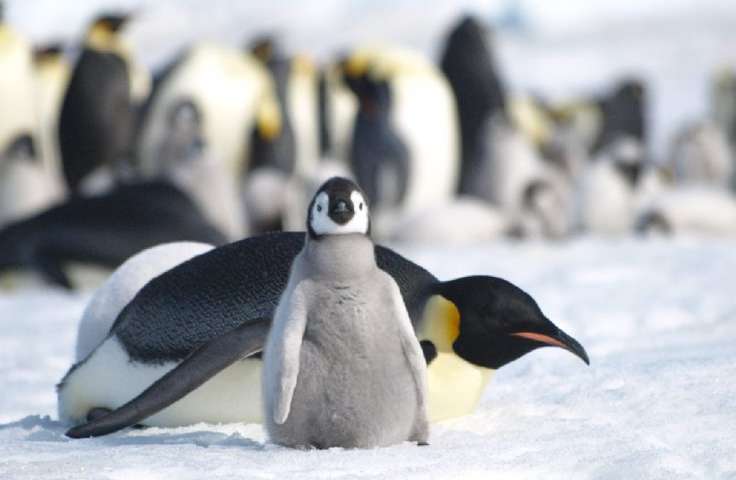 Like polar bears, emperor penguins are heavily dependent on sea ice as a crucial element of their native ecosystem. The birds return to land ice after hunting trips to rest, care for their young, and escape from predators.

As a result, emperor penguins have been hard hit by fluctuations in sea ice. In 2016, when sea ice levels were low, a staggering 10,000 baby chicks at Halley Bay drowned. The colony has still not yet recovered. Conversely, if there is too much sea ice, penguins are forced to swim further out to sea. This increases the risk of their chicks starving to death.

Long-term monitoring as with ECHO and SPOT can help scientists analyze how climate change is affecting penguin behavior and the Antarctic ecosystem. Emperor penguins are top predators on the food chain and adverse changes to their populations can alert scientists about the decline of other species.

ECHO is still unwieldy with regards to turning and tends to get stuck in snowdrifts. Nonetheless, the researchers are continuing to improve the robot's algorithms and support the penguins it observes. The video below shows how penguins use sea ice to launch themselves into and out of water.