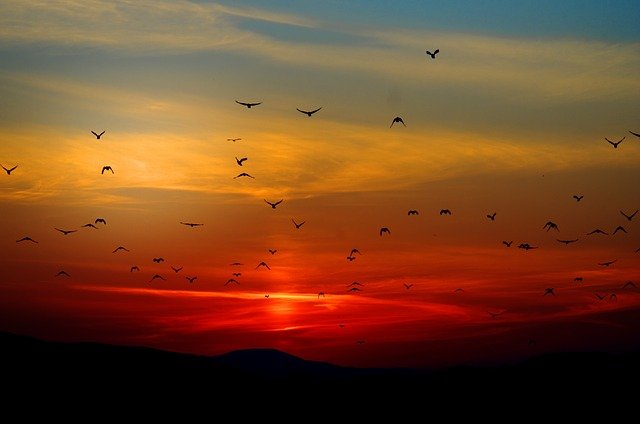 “The pale, cold light of the winter sunset did not beautify - it was like the light of truth itself.”  - Willa Cather, An American writer.

Haven’t we all marveled at the rhythmic rising and setting of the Sun at some point?

Except for cloudy places, spectacular dusks and dawns can be seen from anywhere. But, did you know that some events are more striking at certain times and places?

The regions between the tropics and poles, known as the temperate zones, produce the most breathtaking hues, especially during fall and winter.

Let’s take a look at the physics behind this phenomenon and the roles of other natural phenomena that make winter sunset so special.

Blue Sky: A Tale of Colors, Waves, and Light

Not all the color waves reach us on the ground equally. Certain atmospheric substances like nitrogen and oxygen reflect blue and violet light, scattering it all over the atmosphere. The result- the wide blue sky! The scientific term for this phenomenon is called Rayleigh scattering.

During sunset, light has to travel through a greater distance of the atmosphere in order to reach us. Therefore, even more of the shorter wavelength blue, green, and yellow lights are filtered out. The only remaining colors are red and orange- the longer wavelengths with warmer hues.

Why are Winter Sunsets More Vibrant? 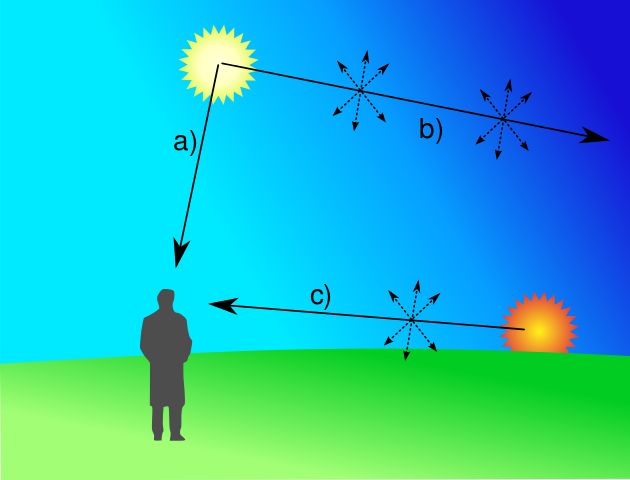 Winter sunsets are awe-inspiring and last longer. This has to do with cooler temperatures, less humidity, cleaner air, and the Earth’s tilt.

In winter, when the temperature outside is cooler, there is less humidity, which is the amount of water vapor in the air. But, why does less humidity create better sunsets? Air is filled with tiny particles called aerosols. Aerosols can be naturally produced by trees; they can arise from man-made pollution or dust particles.

When aerosols attract water vapor, they enlarge. Just like a paper napkin held up against sunlight would diffuse the light, larger aerosols scatter light, reducing the humidity. As a result, the air is drier, and colors such as red and orange reach our eyes.

Clean air is another factor at play. When pollutants enter the air, they reduce the light intensity. Thus, less light reaches the ground, rendering dawn and dusk imperfect. In contrast, much of the winter air in the temperate zones have come from the unpolluted Arctic. This air is relatively aerosol-free.

Finally, as the year approaches the winter solstice (December 21st), sunset lengthens as does the angle of the Earth’s tilt. During the equinox (March 20, September 20), the sun sets at a 90-degree angle. However, during the winter solstice, this angle expands. With a longer angle, the time for sunset increases, allowing us to enjoy them longer.

Have you had a chance to view one of these stunning sunsets?