What Killed The Dinosaurs? 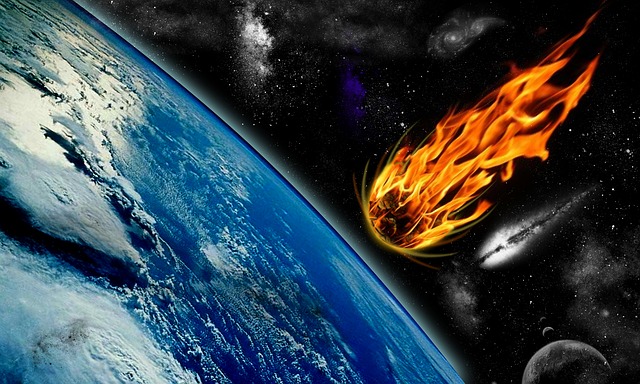 Dinosaurs were the unrivaled prehistoric reptilian rulers of the Earth. These massive reptiles appeared on Earth about 245 million years ago (mya) and dominated till 66 mya.

They disappeared suddenly, in what is referred to as a mass extinction event that wiped out 75% of all of Earth’s plants and animals.

This extinction transitioned our Earth from the Cretaceous to the Paleogene period and set the stage for the evolution of mammals.

Scientists have debated the causes of the extinction event. But a recent study shows only one factor might have been responsible.

The theory of the meteorite crash that struck Earth to form the Chicxulub Crater in Mexico has always been accepted.

Scientists agree that the crash led to the release of large amounts of dangerous sulfuric gases and debris into the atmosphere. This prevented sunlight from reaching living things, and as plants died, so did all the animals up the food chain.

However, some scientists have argued that major volcanic eruptions also played a huge role in extinction. Around the time of the meteorite impact, there were massive volcanic eruptions in the Deccan Traps region of India. Volcanic eruptions can release large amounts of harmful gases like carbon dioxide and sulfur dioxide into the atmosphere. These cause an increase in global temperatures and acidification of oceans.

A research team from Yale University examined ancient sediment layers from the ocean bed, dating to the Cretaceous period.

Researchers analyzed the chemical composition of fossil plankton shells. Specifically, they looked at carbon isotopes (atoms with more or fewer neutrons) because ocean temperatures determine what types of isotopes planktons use to make their shells. The team compared the plankton fossils and global temperature records from sediments, with computer models that predict the impact of rising carbon dioxide.

If volcanoes had played a role, the temperature of the Earth at the time of extinction should have been very high. Instead, the team found the opposite -- temperatures were relatively cooler.

From this, they concluded that the Deccan Traps had stopped erupting and releasing gases 200,000 years before the extinction. So, that leaves the meteor impact as the only probable culprit for the mass disappearance of dinosaurs.

Another study had revealed that the extinction event was followed by new eruptions in the Deccan Traps. This time, strangely, the release of carbon dioxide from the volcanoes had not affected the Earth's temperature. Scientists have an explanation...

According to Yale scientists, this can again be explained by planktons, which use dissolved calcium carbonate in oceans to build their shells. When these shelled organisms disappeared during the mass extinction, excess calcium carbonate built up in the oceans and this reacted with carbon dioxide from the atmosphere.

While more studies will continue, it is fascinating how each of these discoveries is helping piece together our Earth's past!

gabriellavega February 12, 2021 - 7:10am
i really liked this story because its says how it happend
LilyGran February 11, 2020 - 3:11pm
For the the creationists out there, the atmosphere changed after THE flood in the old testament. The atmosphere was probably too changed for the dinosaurs to live in.
LilyGran January 24, 2020 - 2:48pm
Of that hypothesis were correct then why are there other animals still alive?
Daniella Rodrigues February 5, 2020 - 6:01pm
I know right . You are so correct