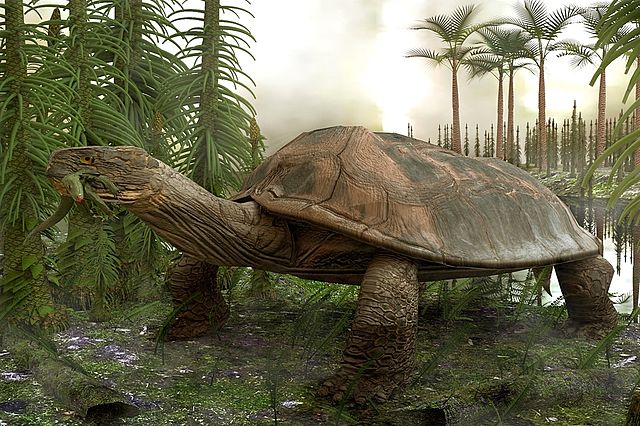 Pet turtles are, at most, the size of your hand, right? Now imagine a turtle the same size as a small car!

On February 12, paleontologists uncovered the fossils of the Stupendemys geographicus, an ancient species of freshwater turtles, that were up to thirteen feet long!

Found in Northern Venezuela and the Tatacoa Desert, the turtles lived twelve to four million years ago during the Miocene Epoch. These fossils will aid paleontologists in learning more about the turtle’s habitat and behavior.

What Is The Stupendemys geographicus? 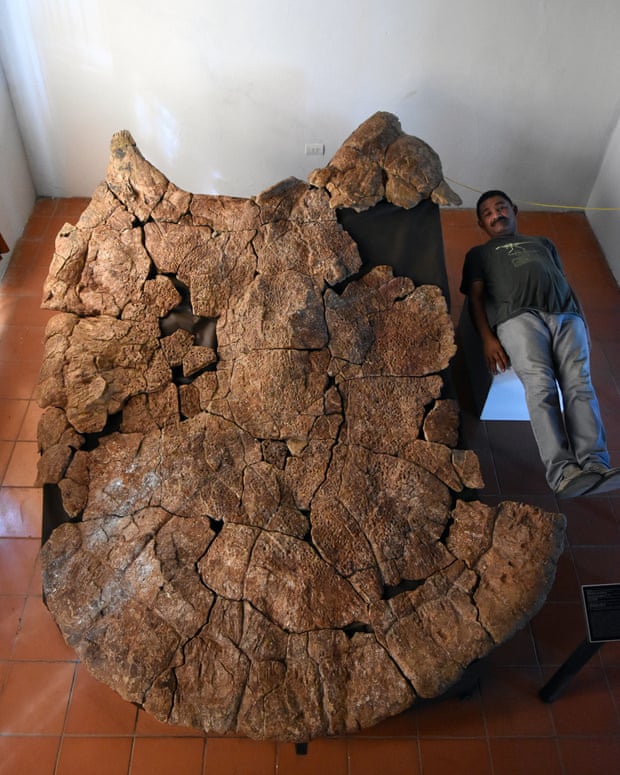 The Miocene Epoch, which spanned 23 to 5 million years ago, was a period teeming with humid swamps and flourishing wetlands.

Earth did not resemble today’s terrain. The mighty Amazon River flowed different paths and many mountains were not formed yet. During this time, the massive Stupendemys geographicus inhabited most of northern South America.

Due to the fertile environment, the Stupendemys enjoyed a diverse diet. They ate multitudes of fish, snakes, mollusks, and vegetation such as fruits and seeds. Both the spacious lakes and rich diet gave the Stupendemys the opportunity to grow in size.

The grand turtle itself lived at the bottom of lakes and rivers along with its natural predator: the even larger crocodile-like reptile, Purussaurus. The turtles’ large size was important for defending itself from these 33 to 36 feet long crocodiles. The two species evidently tussled (fought) frequently; one unearthed shell even had a two-inch long crocodile tooth lodged in it!

Unfortunately, the massive Stupendemys struggled to survive in the early Pliocene era (5 million years ago). As tectonic plates pushed their natural habitat higher, swamp sizes and temperatures decreased drastically. As a result, the massive turtles could no longer support their own weight and size, and over time became extinct. 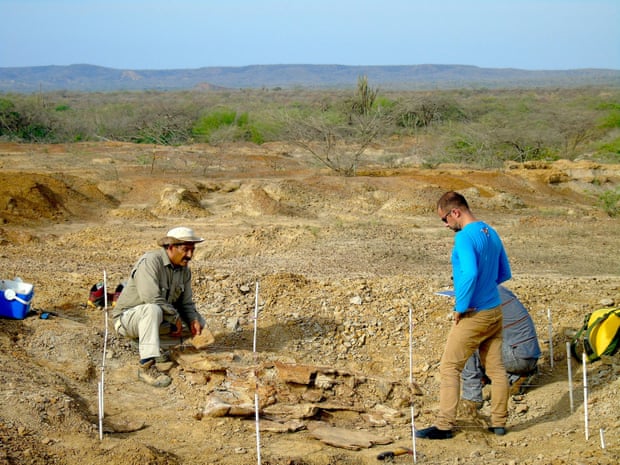 Although paleontologists originally discovered the Stupendemys in 1976, its appearance and behavior were poorly understood.

But now, with the discovery of these new fossils, paleontologists have gathered a fresh insight into the ancient turtles. For instance, they discovered strong, front-facing horns on the male turtle shells. By analyzing the deep scars on the shells, they concluded that the horns were used to fend off predators and fight other males for territory.

The researchers also learned that the Stupendemys was probably the only giant turtle species in the region at the time.

Next time you look at small reptiles in the pet store, you can think back to the history of the massive Stupendemys species!

How does this prehistoric turtle compare to today’s species?

Of course, the Stupendemys cannot rival the largest animal on Earth, the blue whale, at 82 to 98 feet.

Nevertheless, this grand turtle is still an impressive size. It is 10 times larger than its closest living relative, the Amazon river turtle (1.3 to 1.6 feet), and twice the size of the largest living turtle, the marine leatherback (6 to 8 feet).

New Turtle Species In The Galapagos (23)

The Fascinating World Of Turtles (12)