Imagine A Forest Of Metal Trees! 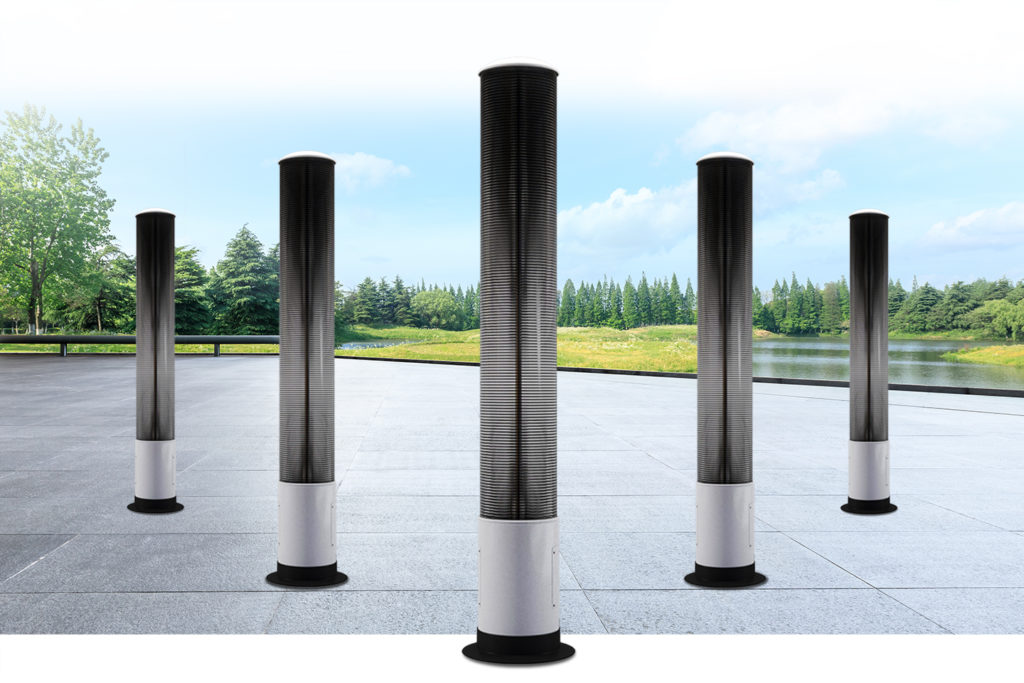 When you think of hiking through a forest, you certainly don’t expect the trees to be giant, metal cylinders!

As strange as it sounds, mechanical trees may become a solution for getting rid of carbon dioxide (CO2) emissions in Earth’s atmosphere.

After centuries of burning fossil fuels, the amount of CO2 in the air is growing at an ever-increasing rate, and ending greenhouse gas emissions is not enough. Humans must directly remove some of the CO2 from the air– a feat which mechanical trees can perform. Live testing of these trees will begin this year.

What Are Mechanical Trees?

Trees can absorb carbon dioxide from the air and convert it to oxygen through photosynthesis. While trees do not need any outside energy source other than sunlight and water, the rate at which photosynthesis occurs is quite slow.

On the other hand, current CO2 capture technology requires immense amounts of energy by running large fans and machinery, with energy that can’t be recycled. This is why Arizona State University researchers, led by Professor Klaus Lackner, created “metal trees,” that collect CO2 using techniques that are less energy-intensive and cheaper.

The trees are tall columns covered with discs of a special resin that collects the carbon dioxide from the air. These “trees” are described as resembling a tall stack of vinyl records.

The process of taking CO2 directly from the atmosphere is known as Direct Air Capture. To collect CO2, the researchers start with a chemical resin that, while dry, collects and stores CO2. The dried material collects even larger amounts of CO2 when exposed to wind. It takes roughly 20 minutes for the discs to get full. Then, the resin discs are lowered into a container and exposed to water and steam, which releases the gas. The container retains and stores the gas, and recycles the heat used during this cycle.

What Are The Challenges?

Lackner is concerned about the advertising surrounding mechanical trees. The Department of Energy is treating the trees like proven technology. In reality, the trees still need much time and funding for testing before they are ready for public use.

Long-term storage is another challenge to consider, but according to Lackner, CO2 forms solids when it reacts with calcium-rich minerals. By turning CO2 into solids, they can be stored permanently. Direct Air Capture can also allow us to recycle our carbon instead of producing more, but the cost to purchase captured CO2  is $500 to $1,000 per ton – which is very expensive.