There are many ways we vote on a decision, whether it is raising our hands in agreement or filling out anonymous ballot forms. But outside of the human world, how do you think groups of animals make their decisions?

Recently, researchers who were observing the behavior of five separate packs of African wild dogs in Botswana reported that wild dogs make a noise similar to a sneeze to vote!

There are many unique and unusual ways animals communicate with each other.

The most obvious form of communication is physical appearance or visual cues. Bright colors on animals such as peacocks and birds of paradise are used to catch the eye of potential mates. Size of animals indicate strength and determines the dominance of the animal in the group; the bigger an animal is, the less likely that it will be challenged. Movement is another visual cue, like bees that “dance” to tell other bees where nectar can be found.

Sound is also quite important in communicating. Cries of danger and warning are sent out by many groups of animals whenever a predator is nearby. Songs can be sung by animals, especially birds, to find potential mates. Sound can be used to tell other animals to back off, or sound can be used to vote, such as the sneezing of the wild dogs!

Using Touch And Chemicals As Cues 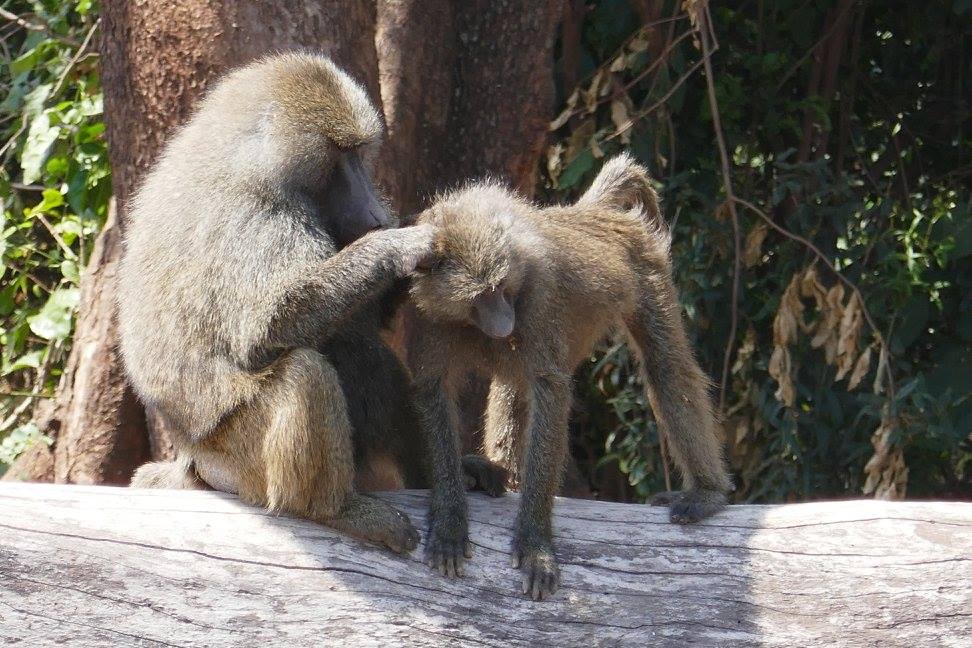 Touch or close contact with other animals can communicate quite a bit as well. Touch can indicate social bonds with other animals as shown by many primates and human beings. Primates, specifically, groom other members' fur for parasites and such a social behavior develops social bonding among the troop.

Chemicals, or pheromones, can be released by animals to send a message to other members of their own species. For example, ants release pheromones to place a trail for other ants to follow to get to the food source. In the case of dogs, chemicals in their urine are used to communicate with other dogs to mark their territory. Using their tongues, snakes “taste” the pheromones released by other animals, and use that to follow prey or hide from predators.

Isn't it amazing how the different animal species have developed their own ways of communicating!