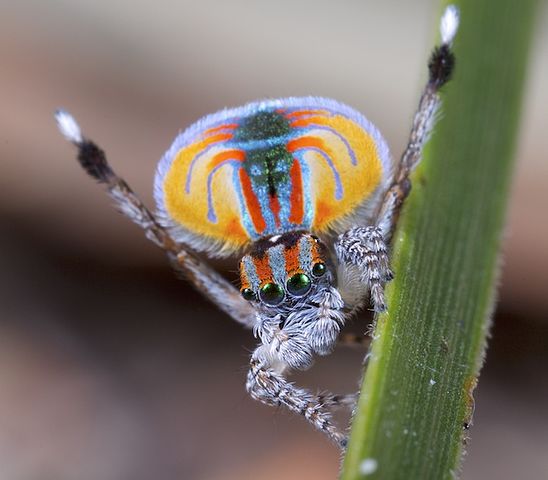 When spiders come to mind, you probably picture creepy crawlers like black widows and haunted houses strewn with filmy cobwebs.

However, the spider world is far more diverse, and perhaps far cuter, than you might think.

Peacock spiders, known for their elaborate mating dances and fantastically-colored abdomens, are one such species. Roughly the size of a fingernail, peacock spiders are strikingly adorable.

Joseph Schubert, an entomologist with the Museums Victoria in Australia, discovered seven new species of these spiders. Did you know that Schubert originally feared these colorful spiders? Yet, at just 22 years of age, he's helped discover 12 new species in total!

Why Are They Called “Peacock” Spiders?

Male spiders are equipped with glittering scales and lateral abdominal flaps that they use to woo females in complex mating dances. In these dances, the males scuttle about, raising their abdomens up and down, waving their third legs, and extending their lateral flaps. Besides demonstrating showy colors and movements, the males’ abdominal movements also generate simple vibrations.

All of this is similar to how male peacocks perform when recruiting a mate, giving these unique spiders their name.

Where Do Peacock Spiders Live? 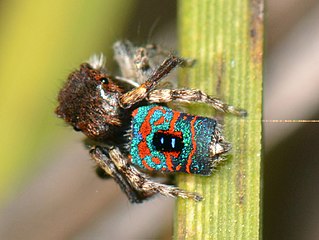 Peacock spiders live exclusively in the southern half of Australia and have been found in various habitats -- from grasslands and sand dunes to shrubs.

The spiders are generally most active around breeding season with mature males emerging from August to December when it is spring in the southern hemisphere. Mature females emerge a little later, though they also retreat in December to lay and guard their egg sacs.

What Do Peacock Spiders Eat?

Peacock spiders make use of their keen eyesight, superior color vision, and venomous fangs to prey on various insects, as well as other spiders—sneaking up behind unknowing victims and pouncing upon them.

Before you get worried, peacock spider fangs are so tiny they are practically harmless to humans.

Peacock spiders are captivating creatures, and as Schubert himself says, “there are more out there to be found.” Could you be the next to discover a new species of peacock spiders?