Did you know that the Great Barrier Reef is the only living thing visible from space?

Located off the coast of Queensland Australia, it is the world's largest reef system, stretching over 1800 miles. This amazing reef, considered one of the seven wonders of the natural world, is home to nearly 400 different species of corals and over 1,500 different types of fish.

However, scientists are concerned that the corals in the Great Barrier Reef are dying. Let’s find out why.

What Are Coral Reefs?

Coral reefs are made up of thousands of tiny, clear, jelly-like animals called "coral polyps". Each of these polyps has a hard, outer shell made of calcium. 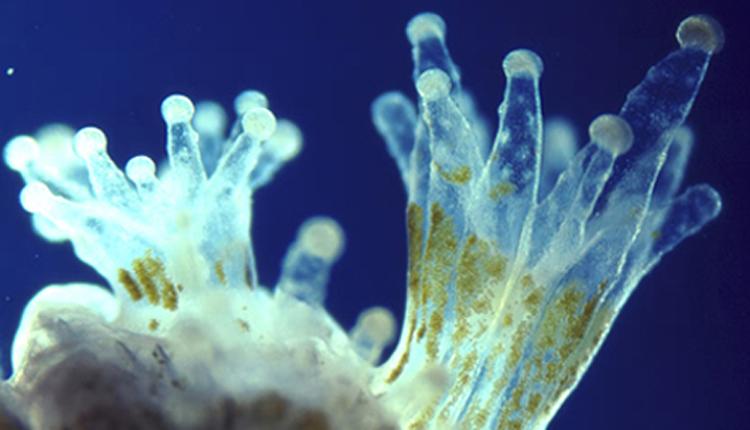 These polyps stay in one place, forming the structure of the reef and giving it shape. Although corals may look like rocks, at first sight, the hard material is actually a collection of dead polyps. The top layer of corals, however, is always composed of living polyps.

Most reef-building corals live in warm water and share a mutually beneficial (symbiotic) relationship with algae that grow on them. These small algae called zooxanthellae  (pronounced zo-o-zan-THELL-ee) provide food to the corals and remove waste. They produce sugars and oxygen from photosynthesis. The coral uses glucose, glycerol, and amino acids from the algae to produce its hard limestone shell. The algae also gives corals their distinctive colors. In return, the coral gives the algae protection and provides essential compounds that the algae need for photosynthesis.

Why Are Corals Losing Their Color?

The Reef has faced three major bleaching events: in 1998, 2002, and in 2016. In 2016, mass bleaching led to 67 percent of corals in the Great Barrier Reef's northern section dying. However, scientists have recently discovered that yet another major bleaching is going to happen in 2017.

But what is bleaching? When water temperatures get too warm, the corals expel the algae living in their tissues. Without the food-providing algae, the corals starve and sometimes die. When this happens over a vast area of coral reef, it is called a major bleaching event. Scientists blame global warming for the rise in water temperatures around the Great Barrier Reef for a second straight year. A healthy reef can usually recover from such an event if water temperatures return to normal quickly.

Coral reefs support 25 percent of the world’s life. If coral reefs start dying, it could mean bad news for hundreds of species that depend on them. The good news? You can start helping right from your own home! Check out this link to find out how.