April 20, 2020, marked the 10th anniversary of the Deepwater Horizon oil spill explosion, considered one of the worst environmental disasters in U.S history.

Deepwater Horizon was an oil rig in the Gulf of Mexico owned by British Petroleum (BP). Oil rigs are offshore platforms from which companies drill into the ocean bed to extract oil (more here).

The explosion killed 11 workers and nearly 4 million barrels of oil were discharged into the ocean. For 87 days, the oil gushed out, devastating marine species, until it was finally capped on July 15, 2010.

Now, ten years after the oil spill, let's find out if the ecosystems have recovered and what kinds of safety measures have been put in place. 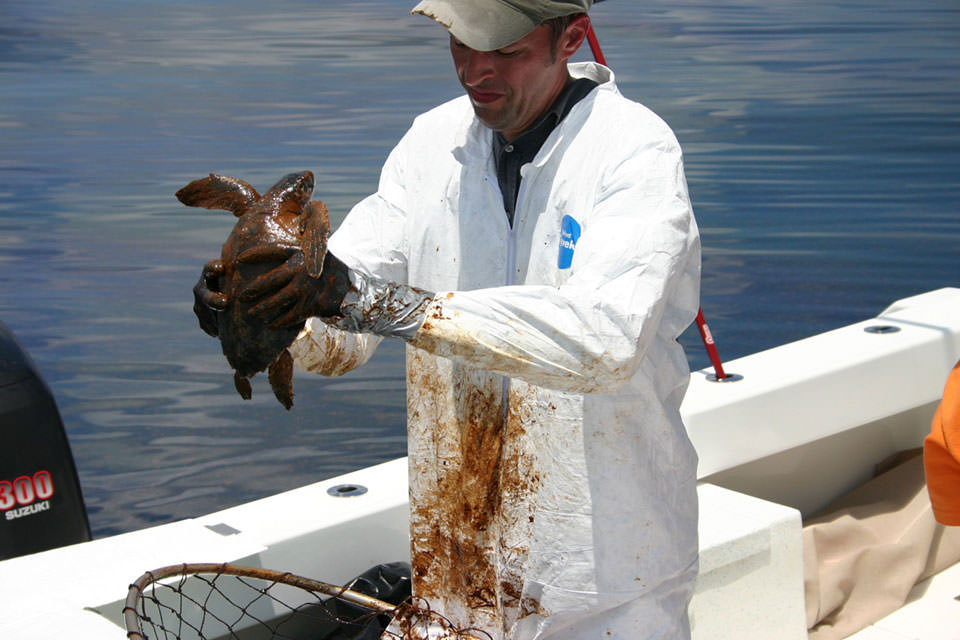 Nearly 800,000 marine birds and hundreds of thousands of marine mammals, turtles, and fish perished in the aftermath of the disaster.

A decade later, species such as deep sea corals, trouts, and loons are still struggling to recover.  Scientists are seeing low birth rates in bottlenose dolphins and sea turtles, while other species such as sperm whales are no longer found in the Gulf of Mexico region.

Some bird species have rebounded thanks to the restoration of bird habitats along Louisiana's coast. Some species of fish have also recovered well, probably because there were fewer birds to prey on them.

The NOAA (National Oceanic and Atmospheric Administration) has expanded its Marine Pollution Surveillance program to monitor America’s waterways for oil slicks (layers of oil floating on the water surface). Researchers have also developed ways of monitoring the thickness of oil slicks from space.

When the explosion happened in 2010, the capping hardware that was needed to stop the flow of oil had to be built from scratch. Now, companies are required to have these in place before drilling into the ocean bed, in case of emergencies.

Additionally, ten oil companies have banded together to create an organization called MWCC (Marine Well Containment Company) to respond to the crisis. This is more efficient than each company setting up its own response team. The MWCC has the equipment and the expertise to cap marine oil wells as well as capture the leaking oil in case of accidents.

The Obama administration had put in new and stringent regulations for offshore drilling; however, some have been rolled back by President Trump.

As more offshore areas are being opened up for oil exploration, we can only hope that the U.S is prepared. We cannot afford another devastating damage to our precious ecosystems and species.