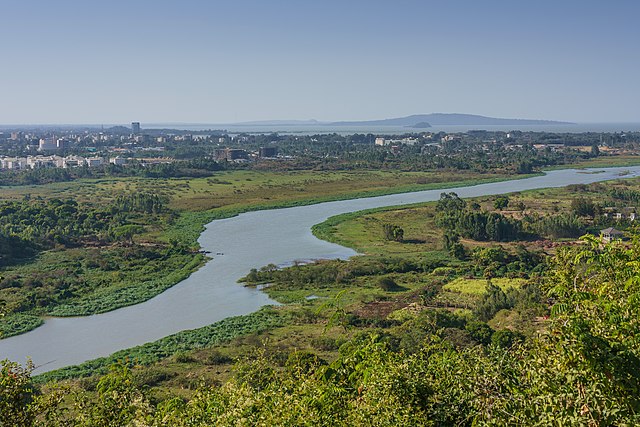 Centuries ago, the Nile River served as a common ground for Gods, pharaohs, merchants, and commoners.

Today, the longest river in the world is a hotspot for contention, as the Grand Ethiopian Renaissance Dam (GERD) nears completion.

Built over the Blue Nile, GERD will be Africa’s largest hydroelectric power plant - a source of great national pride for Ethiopia. However, Sudan, Egypt, and Ethiopia have failed to reach an agreement on how to regulate water flow from the GERD.

Last week, satellite images indicated that Ethiopia has started to fill up the dam. Let's take a look at how the history of this region has shaped the conflict.

The History Of The Dam 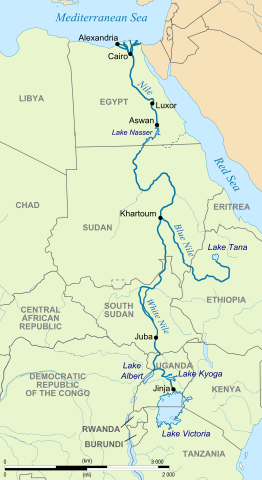 Flowing through 11 African nations, the Nile Basin River has two major tributaries, the Blue Nile and White Nile. The Blue Nile originates in Lake Tana, Ethiopia, and is the source of most of the silt and water that irrigates farmlands.

In 1959, the Nile Waters Agreement granted Egypt and Sudan full control of the Nile waters. The agreement further disallows any construction project to be undertaken without Egypt’s approval. The deal also gave Egypt 55.5 billion cubic meters (bcm) of water annually, and 18.5 bcm to Sudan.

However, the treaty failed to make allowance for the other nine countries, including Ethiopia, which supplies 80 percent of the Nile water. Other nations such as Kenya, Tanzania, and Uganda, which fall along the river, have argued that this outdated agreement does not apply to them.

The location for the dam was identified by the U.S. Bureau of Reclamation in 1964 but because of civil unrest in the 1970s, the project was placed on hold.

After surveying the site for over a year, Ethiopia announced the construction of the $4 billion Grand Ethiopian Renaissance Dam in March 2011, receiving financial assistance from the U.S. and other countries.

To Build or Not to Build

Nearly the size of London and twice as wide as the Brooklyn Bridge, the dam will boost Ethiopia’s economy, and store 74 bcm of water for the drought-stricken nation.

On the contrary, both Sudan and Egypt fear the GERD will deplete their freshwater supplies. Egypt depends on the Nile for 90% of its freshwater. Additionally, Egypt could lose more than one million jobs and about $2 billion in economic revenue. The Ethiopian government has been monitoring the potential impact of the dam, but along with Sudan, has argued that the Egyptian government is being too difficult.

This project may disrupt both terrestrial and aquatic life because what was once a river ecosystem can become a lake environment. The high volume of stored water in the dam could alter its chemistry, temperature, and oxygen levels allowing non-native species to thrive.

On the bright side, the reservoir can handle a flood of over 19,000 cubic meters per second, thereby reducing 40km of flooding in Sudan. 500,000 hectares of new agricultural land will also be created.

In the July round of negotiations, Egypt, Sudan, and Ethiopia are at loggerheads, yet satellite images indicate that water levels behind the dam have been rising. Ethiopia claims this as a natural part of the construction, while Egypt denounces the move.

While both the African Union and the USA have offered to help mediate the crisis, no amicable agreement has been reached. Talks continue between the three countries.