Have You Heard Of Glacier Mice? 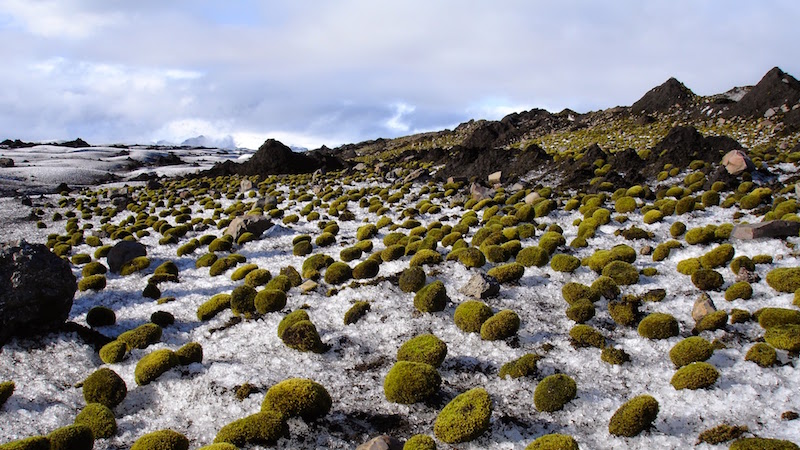 When contemplating the common inhabitants of places like Antarctica or the North Pole, you probably think of penguins, polar bears, and walruses.

However, there are more peculiar inhabitants of such icy ecosystems than you may realize. One such inhabitant is a glacier mouse.

Glacier mice aren’t the cheese-eating kind—rather, they are fuzzy balls of moss that commonly appear on glaciers. First described in the 1950s by an Icelandic researcher, who gave them their signature name (jökla-mýs, or glacier mice), these moss balls have been seen in South America, Svalbard, Iceland, and Alaska.

So how do glacier mice form, and what have scientists discovered about them? Let’s take a closer look.

Mini Ecosystems of Their Own

Glacier mice are formed when bits of organic debris are propelled by winds, gathering a layer of moss as they go. The result is a soft, squishy green ball, which actually contains a thriving ecosystem.

In 2012, Arctic biologists Steve Coulson and Nicholas Midgley studied various glacier mice and discovered that each of them were jam-packed with organisms. One mouse was found to house 73 springtails, 200 tardigrades, and 1000 nematodes—minuscule creatures that took advantage of the warmth and moisture within the moss balls.

If temperatures outside glacier mice hover about zero degrees Celsius (32 degrees Fahrenheit), how could their interiors be any warmer? The answer lies in the insulating qualities of the mice’s moss, which maintain temperatures between 2-10 degrees Celsius (36-50 degrees Fahrenheit). Additionally, as glacier mice move, they inevitably pick up water from their surroundings, keeping their insides moist.

Researchers looked into the movement patterns of glacier mice over the span of several years. The scientists tagged 30 glacier mice tracking them across 54 days in 2009 and returning in 2010, 2011, and 2012 to view their progress.

What they found was as fascinating as it was puzzling. The glacier mice, rather than moving in random patterns according to the wind alone, moved about an inch a day. And what is especially interesting is that they moved in a herd-like fashion, traveling all at once in synchrony. The scientists are still uncertain about the reasons for these movements, though they hope that with the surge in glacier-related research, more studies could be conducted on these fascinating mice.