The Impact Of Rising Carbon Dioxide You may have heard of global warming. Over the past few decades, our Earth’s average temperature has been rising dangerously fast. The air is becoming more and more polluted and scientists are trying to warn us of the dangerous effects.

Unfortunately, the rise of carbon dioxide emissions in the Earth’s atmosphere has not stopped. On May 11, carbon dioxide levels reached the highest they have been in likely 3 million years. Researchers at Hawaii’s Mauna Loa Observatory measured the carbon dioxide in the air to be 415 parts per million.

Meanwhile, in Arkhangelsk, Russia, temperatures climbed up to 84℉, when the average temperature is 54℉ around this time. In the country of Greenland, ice began melting more than a month early.

These trends are quite shocking, but most scientists are not surprised. Let’s learn more about carbon dioxide and its major effects on Earth. When the Earth was first formed, carbon dioxide, nitrogen, and water vapor were the main components of its atmosphere. As oceans were formed through the condensation (from a gas to a liquid state) of water, only a small amount of CO2 was dissolved in the water and the rest remained in the air.

With the emergence of plants, CO2 levels started balancing out, as photosynthesis uses carbon dioxide, water, and light to create glucose and oxygen. At that time, 20 million years ago, CO2 levels were only at 300 parts per million.

Ever since nations first began industrialization (burning fuels to create products) in the 1850s, however, carbon dioxide emissions started soaring. The overall rise in human activity in the past century has resulted in the extensive burning of coal, gas, and petroleum, also known as fossil fuels. These fossil fuels are used to power cars, trucks, power plants, and factories, which unintentionally produces carbon dioxide in the process. 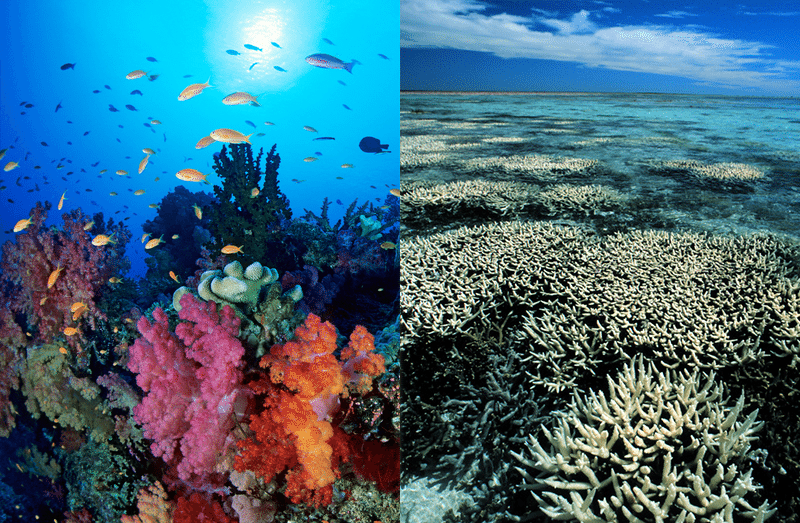 Carbon dioxide is known as a greenhouse gas because it traps heat within the Earth’s atmosphere and contributes to the rise in average temperatures. If CO2 levels continue to rise, almost every natural ecosystem on Earth could be affected.

Ocean acidification, which occurs when CO2 dissolves in the sea, can endanger marine life and harm ocean health. Coral reefs lose their beautiful colors and lose their energy sources as a result of the higher ocean temperatures in a process called coral bleaching.

Increasing atmospheric temperatures also cause glaciers to melt faster and affect the environments of Arctic animals such as polar bears, walruses, and Arctic foxes. Climate change is being investigated as a cause of heat waves, the polar vortex, and other weather-related phenomena.

Ultimately, carbon dioxide is a root cause of many environmental concerns and it is up to us as humans to reduce our negative impact on the Earth.

Is Our Planet Getting Cooked? (11)