Where Have The Birds Gone? 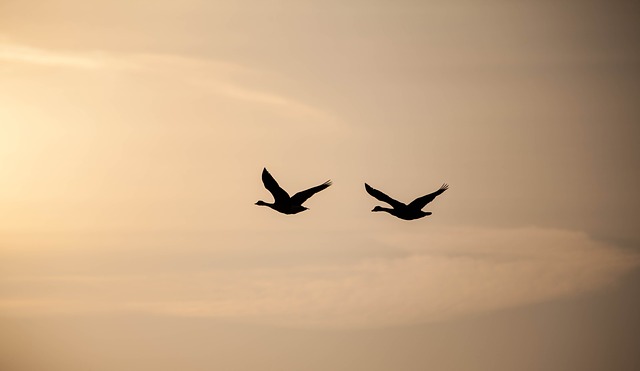 The sky has been getting quieter and quieter for the past few decades, but not many have noticed.

A recent report published in Science confirmed the distressing news that environmentalist Rachel Carson predicted in her book Silent Spring over 50 years ago - an astronomical decline in bird populations across North America. “This was an astounding result, even to us,” says lead researcher Ken Rosenberg, a conservation scientist at the Cornell Lab of Ornithology.

According to the journal, the population of birds in the US and Canada has dropped by 29% since 1970 - with an overall drop of 2.9 billion birds from half a century ago. These plummeting populations are not just a concern for birds - it also affects the environment around the birds. Birds control pests, pollinate flowers, and are food sources for other animals that together keep our planet's ecosystem in a healthy balance.

The Reason Behind the Disappearance

The drop in bird populations has a lot to do with the “intensification of agriculture” around the world. Traditional agricultural practices are slowly being replaced by the increased use of harmful pesticides. These commonly used pesticides kill many of the insects that are the main food sources for birds.

Additionally, birds like meadowlarks and sparrows that inhabit grassy areas are being forced from their habitats because of the conversion of pastureland and prairies to farmland, which destroys their nests. The conversion of land has affected birds like Shorebirds, which already nest in perilous spots that are susceptible to land development.

Other factors like wildfires in forests are major contributors to the downfall of species like thrushes, jays, and sparrows, which used to be abundant throughout North America. Climate change has caused drastic population drops in birds, such as Snowy Owls, that live in colder environments like the tundra.

The final major cause of loss is human activity such as logging, urban expansion, and disturbance of wildlife breeding areas. For example, people disturbing beach-inhabiting birds like gulls on beaches can agitate birds that are raising their young and incubating eggs.

Meanwhile, across the Pacific Ocean, there is an unusual business that is causing the decline of many songbirds in Asia and Oceania.

The trade of songbirds is common throughout many Asian and Pacific countries, especially Indonesia. On one of the most populous Indonesian islands, Java, there are a total of 75 million songbirds that are kept as pets. Songbirds are prized for their ability to sing and can fetch an owner as much as $45,000 USD in rewards in singing contests! However, this ten-million-dollar trade is disrupting the balance in the island's tropical forests as these songbirds are captured from the wild.

The report had some encouraging news as well and showed an increase in bird populations in wetlands that are being conserved. Scientists believe that the losses can be reversed by recognizing and reversing practices that cause harm, as well as through individual actions such as planting native species in gardens and keeping pet cats indoors.

The World's Most Dangerous Bird (3)

Who Killed The Elephant Bird? (10)

Mystery Of The Flightless Birds (10)