Where Have The Insects Gone? 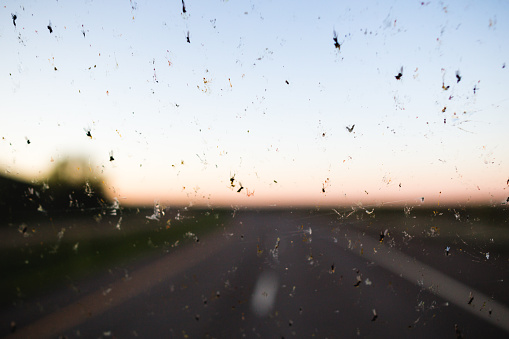 Have you seen bugs crashing on your car's windshield? Known as the windshield phenomenon, it is very common in national parks where insects are abundant.

However, lately, researchers in Germany have been noticing a decline in this phenomenon, which has them concerned.

Studies show that at many nature preserves in Germany, insect biomass (or the overall number of insects in an area) has decreased dramatically. While some might be happy with fewer buzzing bugs, did you know that insects actually play an important role in our ecosystems?

The Role Of Insects

There are over 1.5 million different species of insects around the world, from tropical rainforests to the frosty Arctic tundra.

Insects are important to our ecosystems. Some insects, like maggots, are scavengers, feeding on dead animal and plant matter. In fact, the dung beetle relies on animal dung to survive! Others, like butterflies and bees, carry pollen from flower to flower. Plants rely on these pollinators to produce fruits.

Some insects burrow into the ground, opening up pockets of air for plant roots to gather nutrients and air. Insects like the ladybugs help control pest population by feeding on other insects that eat plants. Above all, insects are an important part of the food web in any ecosystem; many birds, reptiles, amphibians, and mammals rely on insects as a major food source. Even humans eat insects as a source of protein, minerals, and vitamins. Ever heard of cooked crickets?

Entomologists, or scientists who study insects, have been collecting samples of insects in Germany since 1989. 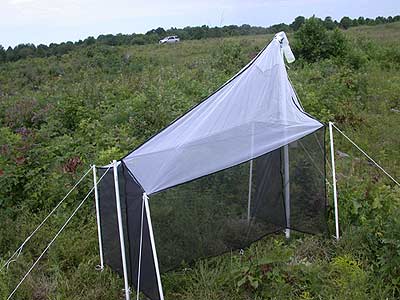 They use a special tent trap, known as the malaise trap, to collect over 1,500 species of insects in nearly sixty nature preserves. Insects fly onto the fabric of this trap and are forced to fly until they reach the top of the tent, where a container is hung for collection. The insect specimens are then collected and placed in bottles of alcohol for preservation.

The scientists have noticed that across most of the nature preserves, more than 70% of the insect population has disappeared over the last three decades! Specifically, insects like the European grassland butterflies, have fallen over 50%. Hoverflies, an important pollinator that looks like a bee, have fallen in steep numbers, from 17,291 specimens collected in 1989 to only 2737 specimens in 2014! This disappearance is thought to be caused by habitat destruction and the use of pesticides.

It is already well known that pesticides are causing a drop in bee populations. However, there are steps we can take to save our world's insects -- by creating areas with native plants and wildflowers, by changing our agricultural practices, and reducing the use of pesticides and herbicides.

Bugs For Breakfast Anyone? (14)