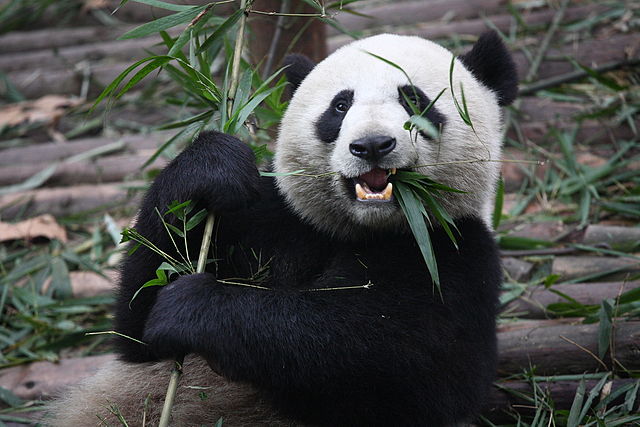 Imagine you’re hiking in the mountains admiring the trees and birds, reveling in harmony with nature. Splat! You accidentally land your brand new sneakers into a pile of horse dung. Revolting, isn’t it?

Believe it or not, while feces may seem extremely repulsive to humans, pandas deliberately smear themselves with generous helpings of horse scat!

Let’s take a look at this bizarre panda behavior and the science behind it.

Twelve years ago, ecologist Fuwen Wei of the Chinese Academy of Sciences in Beijing observed several pandas in the Foping National Nature Reserve scavenging for horse scat, and upon finding it, covering the feces all over their necks and faces. 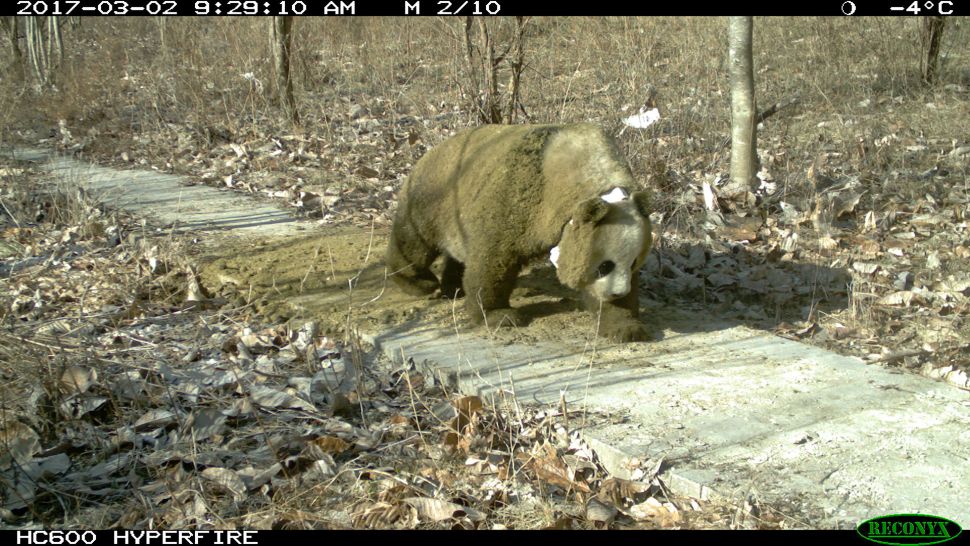 To make sure this wasn’t mere happenstance, researchers set up sensors and cameras along the preserve in 2016. The temperature measurements and camera footage revealed a correlation between freezing temperatures and the repetitive poopy panda behavior; they tended to slather up at frigid temperatures (between 23 and 59℉).

Wei’s observations also revealed that the mammal was pretty persnickety about manure! Pandas preferred the excrements fresh. If it was more than a few days old, the manure went untouched.

Why This Curious Behavior?

Some theories include to establish territory, to mask their scent, or perhaps to ward off parasites. But a prevailing theory is that they do so to stay warm.

To unravel the mystery, researchers hypothesized that given the bear’s preference for fresh manure, beta-caryophyllene (BCP) and beta-caryophyllene oxide (BCPO)—compounds found only in fresh manure—may be attracting the pandas to the dung pits. Additionally, researchers have also noticed pandas feed more on hay with the BCP/BCPO compound than hay containing other substances.

Research on pandas is extremely restricted in China since the animal is considered a national treasure. As a result, experiments were conducted on mice to test the BCP/ BCPO theory. Mice were divided into two groups with one group being covered with BCP/BCPO solution, while the other group was covered in a saline solution.

The study showed that while the mice with saline solution huddled together in freezing temperatures, the mice with the BCP/BCPO compounds showed much higher resistance to the cold, were active, and didn’t congregate. It appears that the BCP/BCPO compound subdues the pandas’ cold-sensing protein, TRPM8. Since they would not detect the cold, pandas could possibly acclimatize better to the winter.

Despite being seemingly disgusting, it is interesting to see the survival skills that animals have evolved to cope and to live in their environments.

Most commonly, dogs are known to exhibit this behavior as well, despite having a much more acute olfactory system. This is an evolutionary behavior exhibited by all members of the canine family. Wolves splosh in feces of several species, and also in dead carcasses in order to mask their scent from their prey.

Underwater, sperm whales use defecation as a strategy to protect themselves and their young ones when they feel threatened.

Pandas - They Are Actually Gregarious! (90)