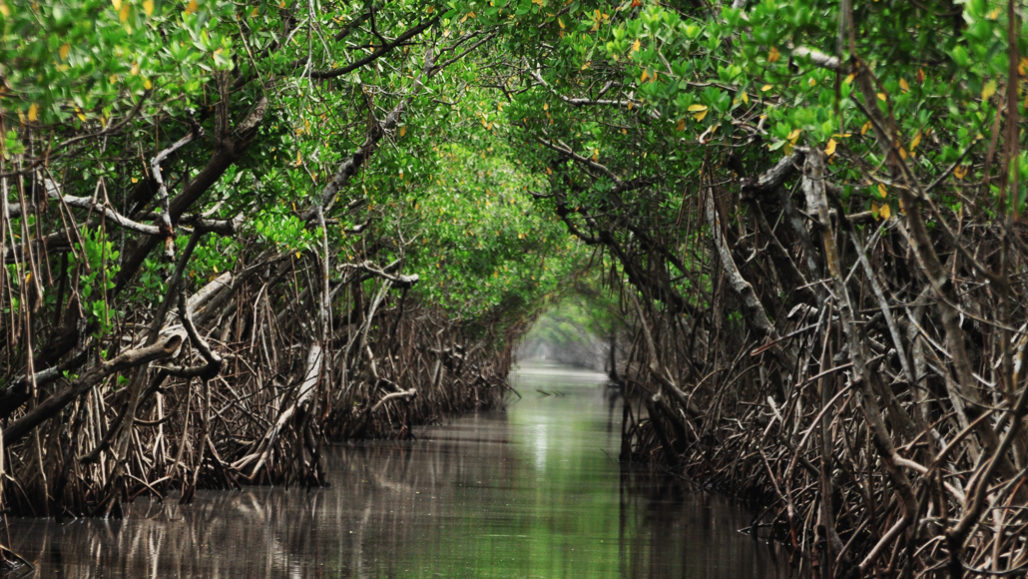 Have you heard of amphibious plants? Indeed, there are remarkable plants known as mangroves, which grow along coastlines in tropical regions across the world.

They have not just adapted themselves to the ever-changing tides but also support a unique ecosystem within their extensive branch and root networks.

Last month, Sri Lanka became the first country to announce a comprehensive plan to conserve and improve its mangrove forests.

This program is backed by the government and involves NGOs as well as the local communities. A win-win from all angles. Let’s find out more.

Mangrove Forests And Their Role 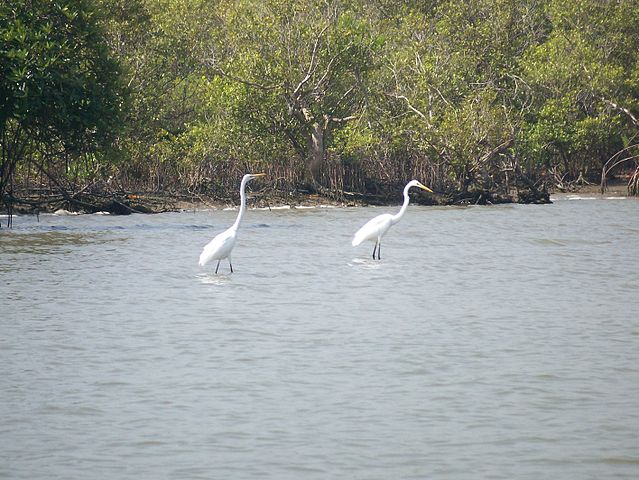 Mangroves are mostly found in tropical regions around the equator, although a few are located even as far away as New Zealand. Some varieties grow almost entirely in salty seawater, while others are found on higher ground.

Given their habitats, they play an important role in stabilizing coastlines. The mangroves break up waves and tides, preventing soil erosion and instead help sediments settle down. The plants have evolved to thrive in marshy lands as well as ride out the twice-a-day high tides.

At the heart of their evolution are the roots. They have a complex filtration system that ensures the trees get enough water and minerals for their growth while keeping out excess salts. Some species have developed snorkel-like growths that rise above the water level and allow the roots to breathe. In other varieties, the roots also help keep the trees upright and resemble stilts.

Mangrove forests are major carbon sinks, which means they absorb carbon from the atmosphere. They can pack away almost five times as much carbon per acre when compared to other forests. They have a positive impact on climate change.

The trees themselves are a rich source of firewood for local communities and are also used as fodder for cattle. They also form a habitat for several birds and butterflies and even predators like the Royal Bengal Tiger. Around their roots is a rich fishing industry – with many varieties of fish, crabs, and lucrative shrimps.

There are more than 80 species of mangroves found worldwide, of which Sri Lanka hosts around 21 varieties.

Sadly, from a global standpoint, over half of the mangrove forests have already been lost. Indiscriminate shrimp farming is one of the biggest culprits. In Sri Lanka, the losses are far greater – almost 74% of the original mangroves cover was lost due to the infamous 30-year civil war that ended only in 2009.

The Sri Lankan government announced a comprehensive program that would be coordinated by California-based NGO Seacology and another NGO from Sri Lanka called Sudeesa. Together, they plan to train local people, mainly war widows from low-income groups, in mangrove cultivation and will also provide micro-finance to help them make a sustainable living off mangroves.

In exchange for microfinance funding, the women will help guard and grow the forests. This would benefit people as well as the environment. Further, they plan to develop mangrove nurseries and also a museum to showcase preservation efforts.

In time, this is expected to become a model for many more mangrove conservation projects too.

That's cool! Did you know that iceplant was brought to CA to stop erosion, but helped it because when a piece was yanked off by the sea, a huge chunk of root and sand would follow! Luckily, the Mangroves don't do that.

Mangrove trees are so cool!