A Victory For Bees In Europe 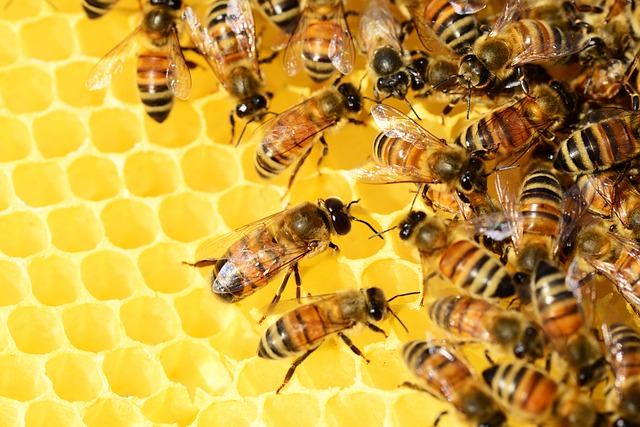 Did you know that bees pollinate 70% of the crops that feed the world? Without bees, many crops and ecosystems would collapse- including our food supply.

However, in the past few decades, the bee population around the world has been on a steady decline. Their dwindling numbers have had farmers and even the government very worried.

Recently, members of the European Union have voted to almost completely ban the use of neonicotinoid insecticides in hopes of protecting bees and the important environmental services they provide. 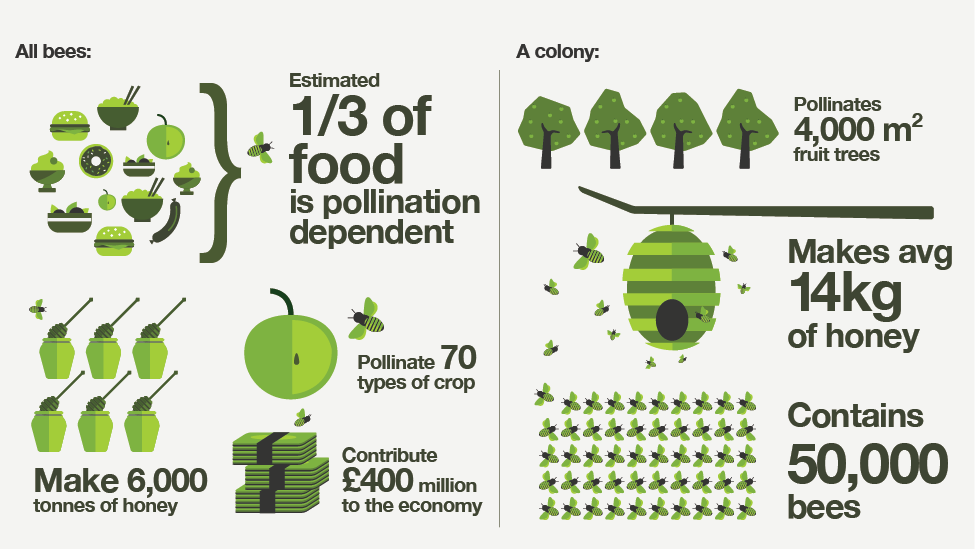 An insecticide is a toxic substance used to kill insects. Typically, insecticides are applied to crops to prevent insects from damaging or eating them.

Neonicotinoids are a class of insecticides that affect the central nervous system of insects, causing paralysis and death. An analysis of 588 studies confirmed that neonicotinoids are detrimental to the reproductive and navigation systems of bees.

Neonicotinoids were first introduced into the United States in 1996 for use on potatoes. The repeated use of neonicotinoids can result in their accumulation in the soil, with a half-life of 1,000 days (the time it takes for the concentration of the neonicotinoid to decrease to 50%).

How Are Bees Affected?

A study published in 2013, banned the use of three specific types of neonicotinoids, due to their potentially harmful effects on bees.

Recently, a study by EFSA’s Pesticide Unit re-analyzed the effect of neonicotinoids on wild bees and honey bees. A survey of 1,500 studies this past February analyzed multiple species of bees and multiple neonicotinoids. 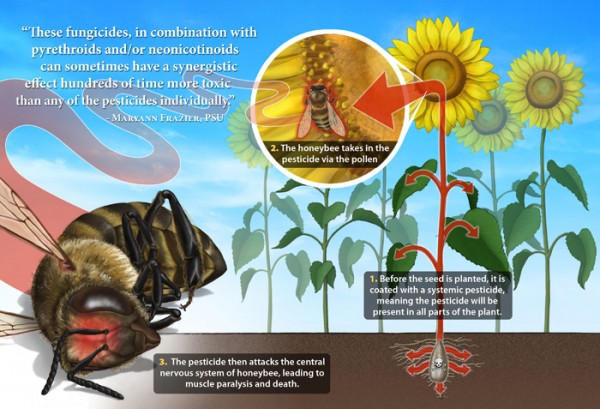 Researchers also evaluated three ways how bees are exposed to this chemical. Bees that come in contact with the pesticide may carry it back to their hive as contaminated pollen or nectar or on their body. When fields are sprayed from the air, pesticides may drift in the air from the area of application to where beehives are located. Finally, bees get contaminated by drinking water from fields that contain chemical residues.

The survey concluded that the use of these chemicals poses a significant threat to the bee population. We know now that infected bees carry the pesticide back to their hives, leading to the death of the queen bee and the collapse of the colony (known as CCD or Colony Collapse Disorder). Even if pesticides don't kill the bees directly, they disrupt the chemical communication in their brains and affect their abilities to forage for nectar and find their way back to their hives.

While many environmental groups have applauded the recent ban, there are still groups who question it. Many farmers claim that the previous 2013 ban did not have an impact. In addition, farmers are concerned about economic impacts of importing crops that no longer can be grown in the EU without neonicotinoids.

This is a test.

The Eternal Life Of Honey (27)

Are Pesticides Killing Our Bees? (9)