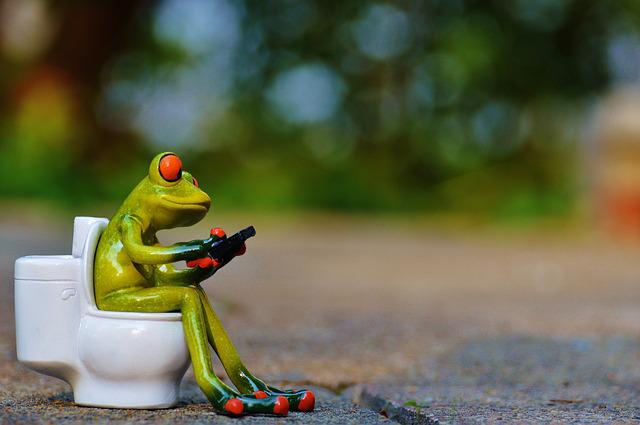 Think toilet water is yucky and good for nothing?

It may be foul, but special systems can turn stinky sewage into a valuable resource— water.

Household wastewater containing toilet water is called blackwater, or sewage. Feces in blackwater are full of nutrients, but can also contain germs that cause sickness (pathogens).

Blackwater requires proper treatment so the recycled water is safe for reuse and doesn’t cause sickness or harm to the environment. 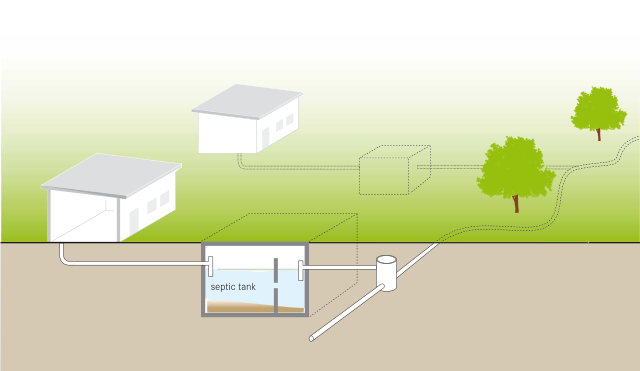 There are several ways to reuse blackwater. Some homes and buildings use an onsite treatment system for wastewater called a septic system.

In a standard septic system, the water is minimally cleaned and then discharged underground. New, advanced septic systems clean the blackwater to a higher quality, one that is safe for irrigation. The cleaned water is pumped to irrigate plants through irrigation tubing. The tubing is covered with soil or mulch so no one comes in contact with this nonpotable (not safe to drink) water.

Blackwater is typically easy to collect and plentiful. Every building has a pipe full of blackwater leaving it. Blackwater is also found in pipes beneath the street as they flow to the wastewater treatment plant. This water can be pumped out from a sewer pipe and cleaned for reuse which is called sewer mining. 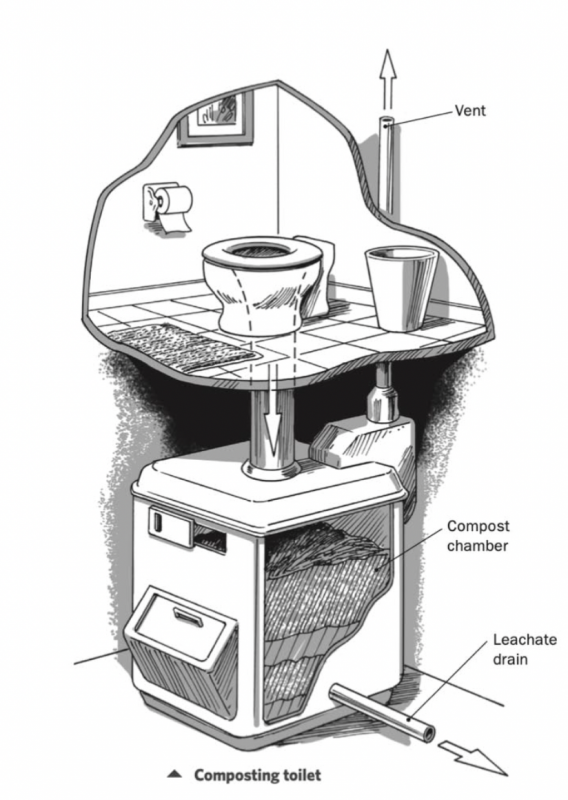 Another type of blackwater reuse system is called a Living Machine®. It is a series of tanks filled with plants and aquatic organisms designed to clean wastewater.

Evergreen Elementary School in Pennsylvania was constructed on a site without access to the sewer treatment plant. The school district decided to use a Living Machine® system to clean the blackwater so it could be reused for irrigation and toilet flushing.

Another school, located in the desert climate of Lima, Peru, installed a blackwater system to clean toilet water for reuse as irrigation. Toilet water filters through a large compost chamber, and then into a wetland where plant roots and microorganisms clean the water. This system, in combination with a greywater system that recycled the sink and laundry water, allowed the school to double their green irrigated area while cutting their water use in half.

Other types of blackwater recycling systems are found in the basements of large buildings. These systems are like a small version of a wastewater treatment plant. Inside the system, blackwater is cleaned by filters, microorganisms, and disinfection.  In New York City, a big apartment building recycles 25,000 gallons a day of blackwater using this type of system. The treated water is used to flush toilets, supply water for the cooling system, and for irrigation.

Some places don’t have enough water to flush toilets. Sometimes a blackwater system isn’t a viable option. In these situations, people may use something called a waterless or composting toilet.

These toilets collect pee and poo in a chamber under the toilet seat and then transform the material into odorless compost. Popular in cabins, water-stressed regions, and some green buildings, composting toilets can be a safe and simple way to conserve water and recycled nutrients.

Though recycling blackwater is not safe to try at home, careers in engineering, water conservation, building design, or education can be a way to promote the reuse of this valuable resource.