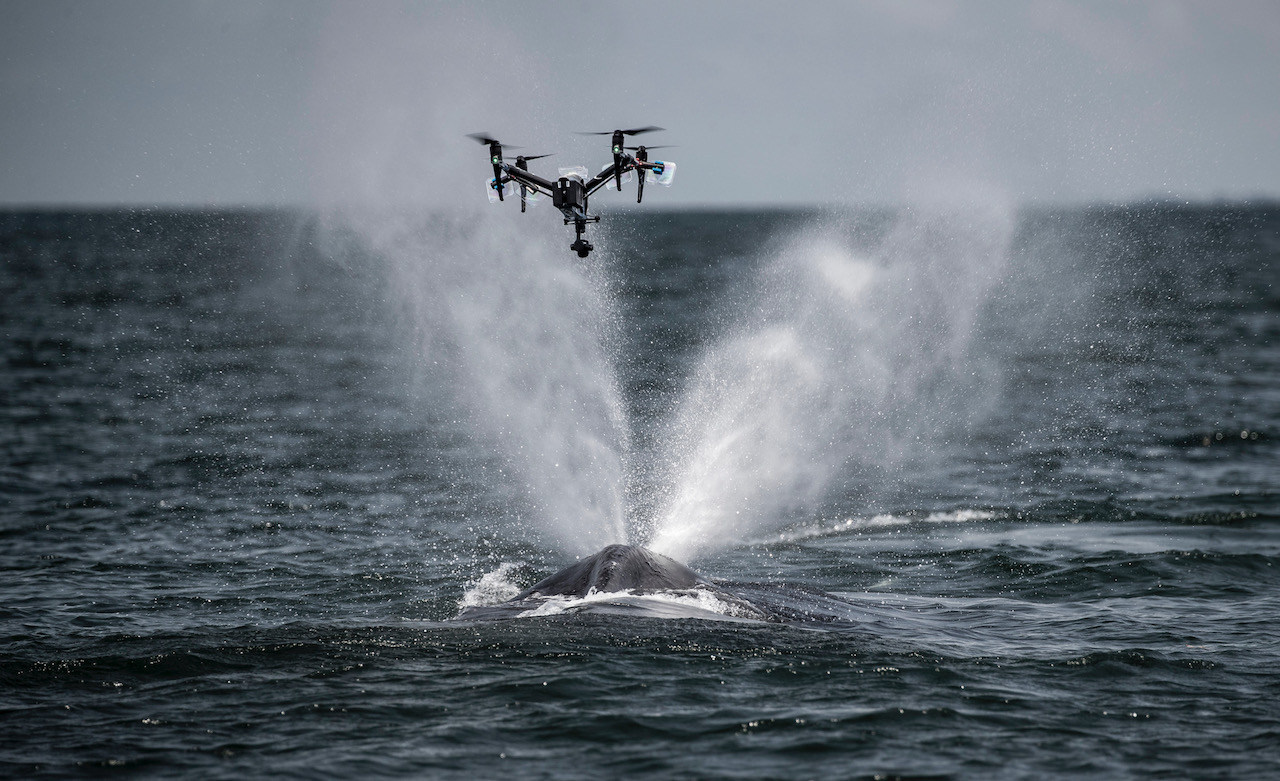 Imagine you were a marine biologist. How would you measure the size of a whale? How would you count how many whales there are in the ocean?

Capturing live whales and bringing them out of the ocean without harming them is cumbersome. After all, they are the biggest creatures that currently live on our planet.

As for counting the population, not only is the ocean vast, but it’s not easy to track every whale. So far, only dead or stranded whales have been measured; however, these results are not accurate as death can cause bodies to bloat or reduce in size.

Drones To The Rescue!

Recently, researchers have started using drones to monitor the population of animal species like whales. The drones fly over the ocean and snap aerial pictures of whales as they rise to the surface to breathe and roll over into the ocean.

Researchers use computer modeling to calculate the size (length, width, and height), body shape, and volume of whales from these pictures. These numbers were compared with past data from the capture of live whales by whalers, to make sure the models worked correctly. As the weight of the whale is the primary indicator of its health, the measurements will help researchers monitor the animals' growth and energy requirements. 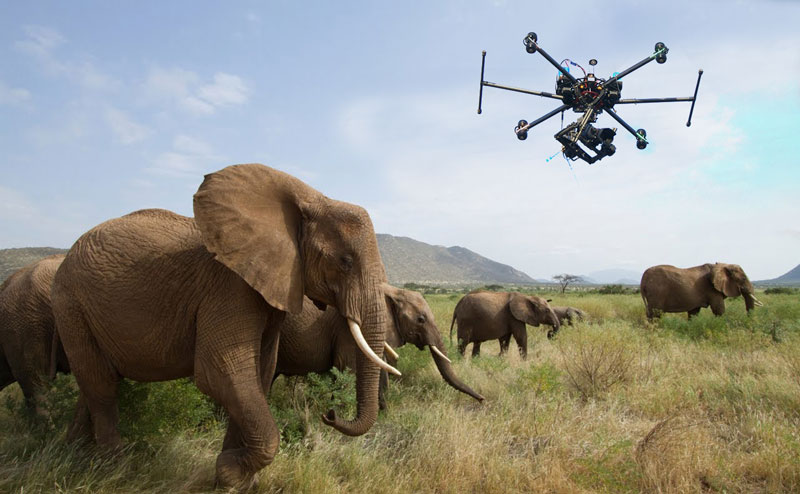 Besides whales, drones are already being used to count nesting birds. Conservation groups plan to use drones to especially target endangered species all across the world, like elephants, orangutans, dolphins, and others.

However, drones can disturb the wildlife they are observing and have to be flown above a certain height so as not to disturb animal habitats. In a study on black bears in Minnesota, researchers noticed an increased heart rate in some animals, sometimes by as much as 400%. Drones have also been known to scatter animal herds and separate calves from mothers.

In addition to photographs, drones can take infrared pictures. Sometimes animals move too fast for pictures to be accurately taken, and some animals camouflage into their surroundings. As a result, thermal pictures can catch their thermal footprint. Their images will be different from the rocks and plants that surround them and makes identifying animal species easier.

Drones may go beyond just tracking animals. Their ability to take pictures under foggy conditions may be helpful in searching for people lost at sea or in the fog! The video below shows animal images taken by drones.

Drones That Save Lives (0)

Studying Wildlife: Technology To The Rescue! (5)