An Oil Spill Off California's Coast 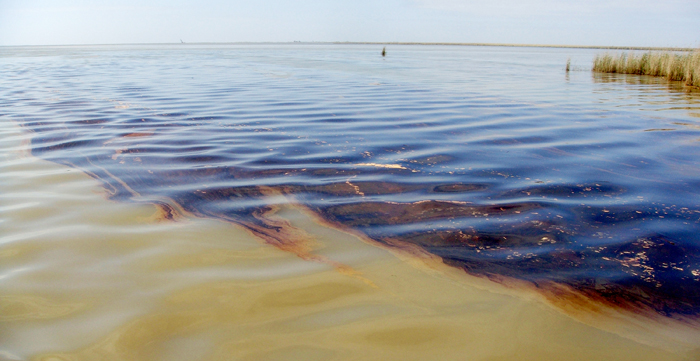 A shiny layer of oil, that looks deceptively like a scene of abstract art, blankets Talbert Marsh.

An oil spill off the coast of Southern California has unleashed over 130,000 gallons of oil into the surrounding waters. The toxic sludge has seeped onto beaches and harmed birds and marine life.

The oil spill was discovered on the morning of October 2 and happened only a few miles away from popular recreational beaches such as Huntington Beach. Due to strong tides and winds, the effects from the spill spread quickly to the shore and nearby marshland.

The US Coast Guard is using special floating barriers called booms to contain the oil. And along the shoreline, vacuums are being used to skim the surface of the water to remove oil. Even as cleanup efforts are ongoing, local and federal agencies are investigating the reasons for the spill.

What may have caused the oil spill? 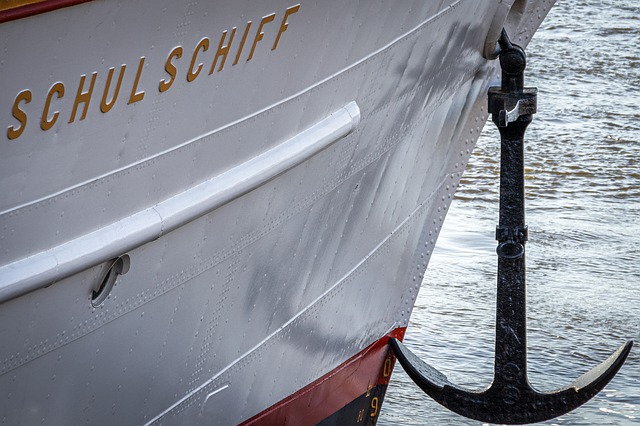 Surveys have revealed a 13-inch crack in an underwater pipeline, along with a shattered concrete casing. Nearly 4000 feet of the pipe were also dragged over 100 feet across the ocean floor.

This suggests that the pipe may have been damaged by one or more ship anchors. Several cargo ships routine ply the waters as they move to and from ports in the LA area.

The discovery of marine growth on the pipe suggests that it may have been already damaged several months before the actual rupture occurred and had degraded over time. Surveys confirmed that the pipe had been intact a year ago. Because of this, the pipe is suspected to have been damaged sometime during the past year.

Investigators are currently examining past ship movements around the pipe. Researchers have also taken a section of the pipe to a lab to find more evidence on the cause of the rupture.

How has the oil spill affected the environment? 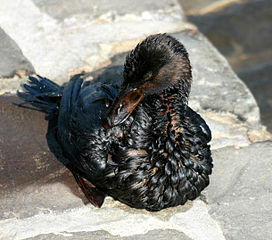 The oil in the spill was unprocessed crude oil, which is denser than lighter oils. Crude oil’s heaviness means it contains more asphaltenes (chemical substances found in oil) than lighter oils, making it more toxic. So far, the spill spread over 8,320 acres in water, but with human intervention, the spread has been slowed.

Seabirds and marine animals are the main victims of oil spills. If birds get oil on their feathers or skin, they are unable to regulate their body temperature. By instinct, they preen themselves with their beaks and ingest toxic oil in the process. Currently, ten birds have died and fortunately, many more have been rescued and treated.

When oil covers the surface of the water, marine flora and fauna suffocate. The oil prevents light from reaching the ocean floor, where aquatic plants dwell. Besides smothering fish, this prevents plants from photosynthesizing.

The surrounding marshlands have been coated in oil, and measures are being taken to prevent further damage to the environment. Marshes are very important to ecosystems as they not only sequester carbon, but also prevent coastal erosion and flooding, and are home to many fish and bird species.

As the investigation for the ship responsible for damaging the pipe continues, possible suspects may come to light. Even though area beaches are open again, beachgoers are being advised to stay cautious.