How Important Is The Suez Canal? 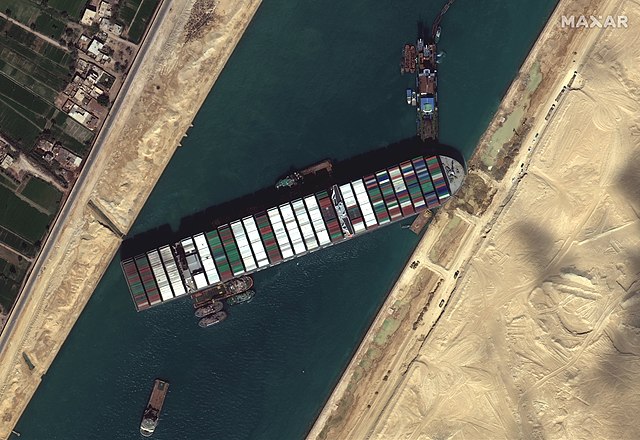 Like a steel beached whale, a container ship was wedged between the banks of the Suez Canal last week.

The Ever Given, a 224,000-ton vessel, was bound for Rotterdam, Netherlands. After encountering strong winds and a sandstorm on March 23, it drifted horizontally until it got stuck.

The ship was finally refloated yesterday, thanks to human effort and a huge help from nature. Meanwhile, more than 367 ships were stuck at both ends of the canal, as global trade came to a halt. Let's look at the history and importance of the Suez Canal, and how the ship was dislodged.

The Suez Canal is a manmade waterway that connects the Red Sea and the Mediterranean Sea. It cuts across the Isthmus of Suez in Egypt.

There is evidence that an ancient irrigation canal might have existed in this area, as far back as 1850 BCE. However, when European countries such as France and Britain started colonizing Asia and Africa, they realized a need for a faster shipping route. Until then, ships carrying supplies from Asia had to travel all around the Cape of Good Hope in Africa.

The plans for the canal were drawn up by French diplomat Ferdinand de Lesseps. In 1854, he gained permission from the Viceroy of Egypt, Said Pasha, to found the Suez Canal Company, which also received a 99-year-lease on the region. Construction of the canal began in 1859 and it was opened a decade later, despite some delays due to disease, shortage of labor, and political unrest.

The canal has been under the control of Egypt since 1956. It has undergone several expansions to allow for larger ships. It has also been at the center of political struggle between Egypt and Israel and was closed during the Egypt-Israeli wars.

These days, the Suez is a central shipping route and sees a daily average of 50 ships. It is responsible for 10% of global trade and carries 7% of global oil. It also cuts one week of shipping time and fuel compared to going around the southern tip of Africa. 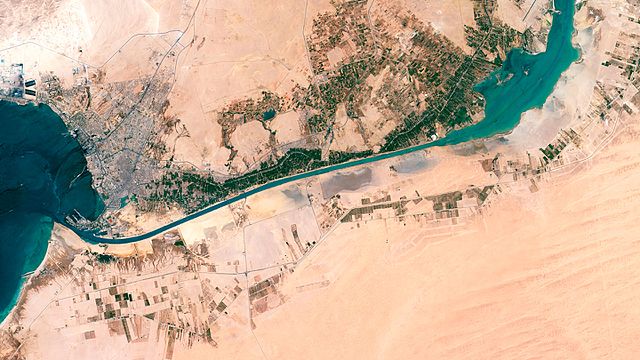 Canal authorities used an army of bulldozers to remove sediment from around the Ever Given’s hull, while a sizable armada of tugboats attempted to dislodge the vessel. With little progress being made, authorities were considering the next steps -- lightening the ship’s load by removing ballast water, fuel, or some of its 20,000 containers.

However, nature came to the rescue. A full moon on Monday led to higher-than-normal tides. With 18 inches of water coming into the canal, the ship was easily dislodged and refloated.

The Suez Canal crisis brings attention to two issues. It reveals how interconnected our world is and the role of global trade. It also raises a larger issue that shipping companies are building larger and larger ships to save on costs and fuel, and this may be the beginning of more such disasters.