A Hotel For Seahorses! 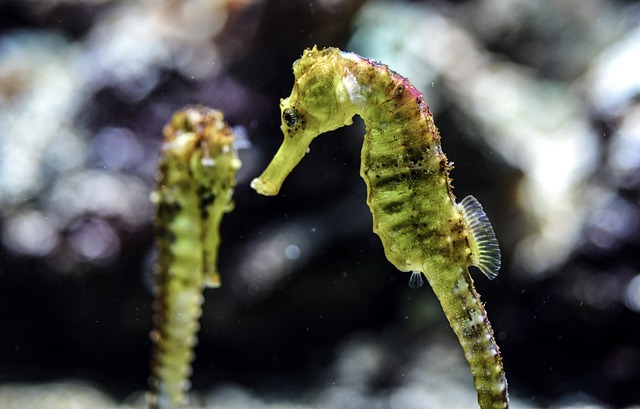 Did you know that seahorses are going extinct? These distinctive little fish struggle to survive against traps, dwindling habitats, and more.

But government agencies in Australia are trying to fix this problem. Can building underwater “hotels” be the answer? Let’s see!

A Bit about Seahorses

Eating a diet of mostly small crustaceans and fish larvae, seahorses usually live in shallow waters where their prey is most abundant. When hunting, a seahorse uses its tail to hold on to plants and coral, waiting for an unsuspecting critter to swim by. When its prey is close enough, the seahorse opens its mouth and sucks the food in.

When choosing a mate, seahorses must choose very carefully. After all, this is the mate it will be spending the rest of its life with! Seahorses do what is called pair bonding. Mates form a special bond with each other, and they stay together for life. Now that’s true love!

Why Are Seahorses Endangered?

Many factors are contributing to the decline in the seahorse population. Seahorses die when they are caught in nets and traps meant for other fish.

The climate crisis is contributing to rising sea temperatures, making the water too warm for seahorses to survive. Pollutants such as oil and pesticides also harm seahorses, along with the plants and corals that are their habitat. Finally, seahorses are also in demand for aquarium displays, as souvenirs, and for use in traditional medicines. 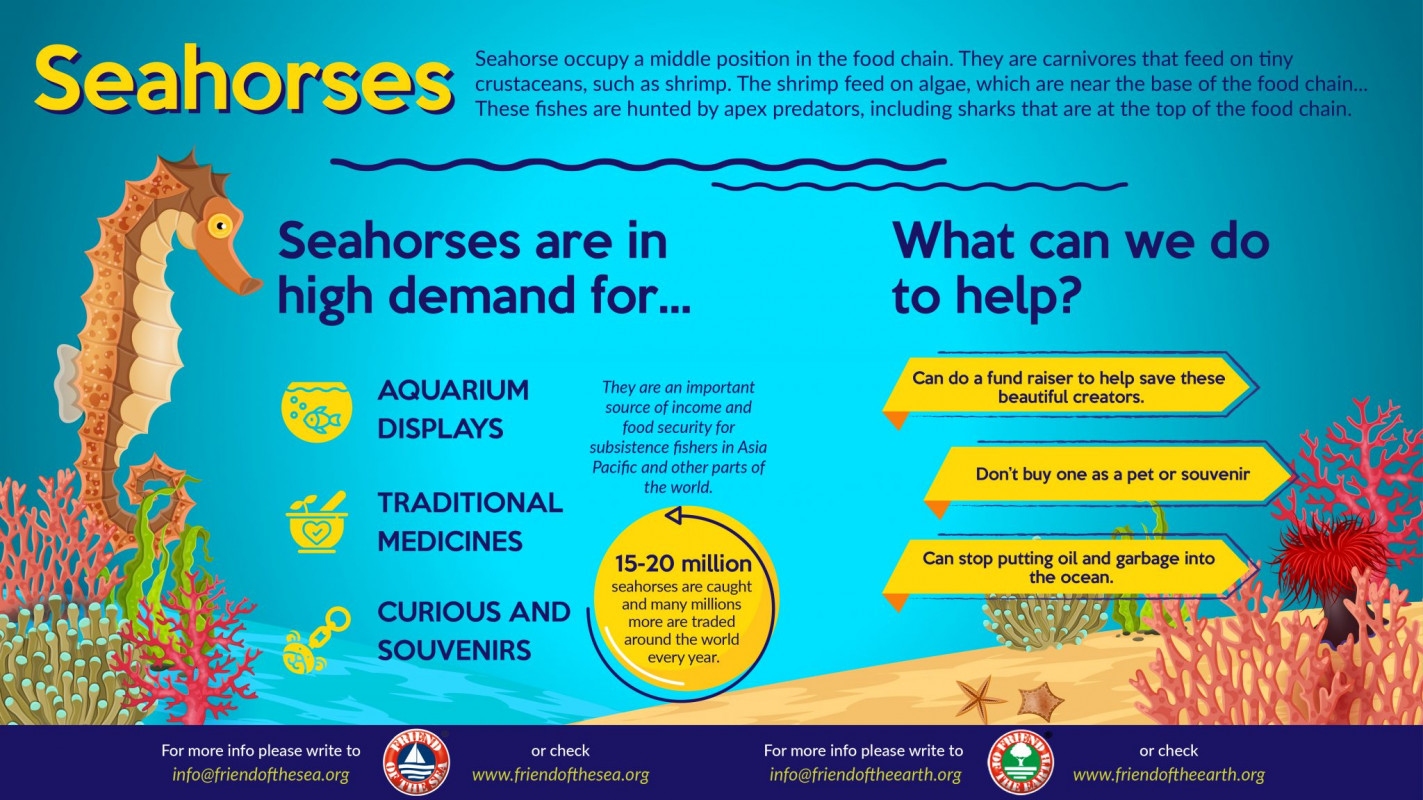 Many Australian government agencies are collaborating on Project Seahorse, a project designed to repopulate seahorse communities and rebuild their habitat. The project was inspired by the observation of abandoned fishing traps left in the sea. Seahorses were attracted to these abandoned traps, which had begun to grow coral and sea vegetation, which is home to the creatures that seahorses feed on.

SEA LIFE Sydney Aquarium, along with other government agencies, is building seahorse hotels to help replenish the seahorse habitats. The hotels are metal cages that come in different shapes. Underwater, the hotels will begin to grow aquatic vegetation and corals. After a while, the metal frame will rust away leaving only the organic structure growing over it, behind.

These hotels are being used in Australia’s Sydney harbor, and at least three successful groups of seahorses have been released into them. White’s seahorse - or Hippocampus whitei - Australia’s only threatened seahorse species, has suffered a population decrease of 90% in the last decade.

Breeding adults were paired and babies were born in October 2021, and in July 2022 young seahorses were injected with a colorful tag for later identification. Once they are released into the hotels, divers will take a survey to see how many seahorses remained in the hotel, and if any left or joined the group.

However, there are a few concerns. Seahorses raised in captivity won’t react to their surroundings as their wild counterparts would. They haven’t learned how to hunt in the wild, or how to avoid predators. These are things they will have to learn if they are going to survive.

Hopefully, this project will help to rebuild the seahorse populations and their habitats. If the seahorses are healthy, then the sea will be healthier too!