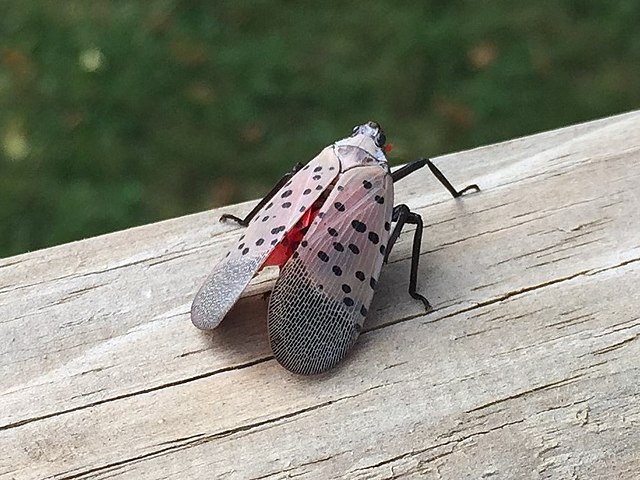 A boy proudly displayed his insect collection at a state fair in Kansas, only to have federal investigators on his trail!

The astute judge who reported one of the insects recognized it as a spotted lanternfly, a dangerous invasive species.

Though officials have been aware of the bugs for years, the nearest known infestation up until this point had been 850 miles east of Kansas. They are concerned that the boy’s specimen could be a sign of spreading lanternflies.

Spotted lanternflies (Lycorma delicatula) are native to parts of China, India, and Vietnam. The bugs were first spotted in Pennsylvania and likely hitchhiked on an overseas cargo shipment. Since then, lanternflies have spread to at least nine states. 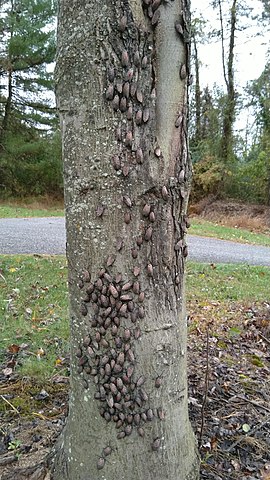 Lanternflies are "plant hoppers", meaning they largely “hop” from plant to plant. They are known to feed on sap from over 70 plant species, and target crops, trees, and fruits. The insects can be devastating to New York's wine industry.

The insects excrete a sticky substance called “honeydew”, which attracts mold and prevents the plants from photosynthesizing. While native species also secrete honeydew, lanternflies reproduce quickly and tend to crowd together. When plants get weakened, they become more vulnerable to disease and other insects. While lanternflies don't harm us, they adversely affect the biodiversity of many native ecosystems.

Normally, lanternflies would be preyed upon by wasps in their natural environments.

In the US, however, lanternflies have been able to spread rapidly and are resistant to pesticides. In addition, lanternflies begin laying eggs in September, and the baby insects are much harder to find and kill.

Many states have enacted measures to prevent the spread of infestations. The New York State’s Department of Agriculture is asking people to take pictures of the infestations they find, collect the insects, and report their location to the department.

California announced a quarantine order this June. Residents of the state are encouraged to inspect their vehicles for bugs and eggs. Similar protocols have been enacted in Connecticut, Pennsylvania, and New Jersey.

In spite of the ongoing investigations in Kansas, officials are optimistic. The student’s specimen which was found on his home patio was quite shriveled. Officials suspect the bug died last year and so far, there is no indication of new infestations.