Antarctica Used to Be Home to... Frogs? 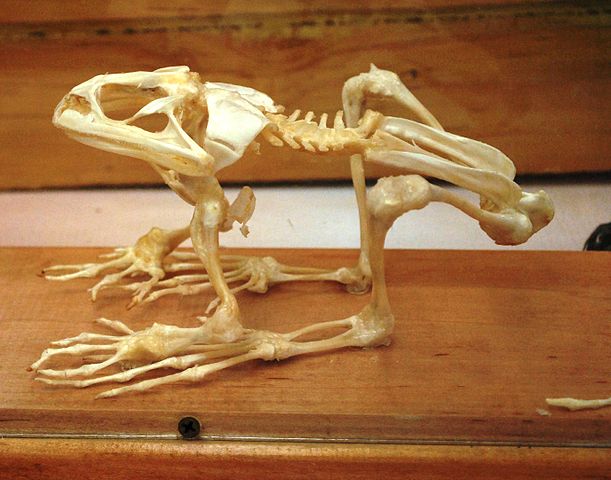 Roughly 40 million years ago, you wouldn’t have found many penguins waddling around Antarctica.

Instead, you would’ve encountered creatures that you probably wouldn’t expect to see on the frigid continent: frogs!

In 2015, Dr. Thomas Mörs, a vertebrate paleontologist at the Swedish Museum of Natural History led a team of researchers to Seymour Island on the Antarctic Peninsula.

Here, the team uncovered fragments of a hip bone and skull from the fossil of a prehistoric frog, proving that frogs had inhabited all seven continents once.

Frogs appeared on Earth even before the dinosaurs. However, before this discovery, it was not proven that frogs had once lived in Antarctica long before it froze over.

This particular frog lived in the Eocene Epoch -- a period in our Earth's history from 56 to 34 million years ago. This was a time when our Earth's tectonic plates were causing landmasses to separate, and small mammals under 10 kg made their first appearance.

What is interesting about this particular frog is that unlike other previously discovered evidence of ancient amphibians that roamed the Earth, this one closely resembles modern-day frogs. In fact, it still has living descendants: helmeted “southern” frogs that inhabit South America and Australia!

A Different Climate on the Southernmost Continent

The team published their findings in the journal Scientific Reports. According to the report, long ago, Antarctica was a warm wetland filled with forests and bodies of water that boasted life such as these prehistoric frogs. In other words, it was nothing like the icy, barren wasteland we know it to be today.

The key conclusion is that Antarctica’s climate was temperate and very similar to the modern rainforests of Chile. In addition to the bones from the frog, Mörs stated that fossils of leeches in their cocoons and other wetland mammals were found.

This evidence may also help researchers learn more about how Antarctica froze over. Millions of years ago, during its period of warming, Antarctica used to be part of a supercontinent known as Gondwana. As Gondwana started breaking up into the northern and southern hemispheres and ocean current patterns changed, large ice sheets formed over present-day Antarctica according to past research and findings.

There are still many questions left unanswered, according to Mörs. Hopefully, more evidence of Antarctica’s tropical past can lead us to solve the mystery of exactly how and when the continent transformed from a land of temperate forests to an icy desert.

A New Discovery: The Antarctic King! (4)

A Penguin Supercolony Near Antarctica (0)