The Future Of America's Coasts 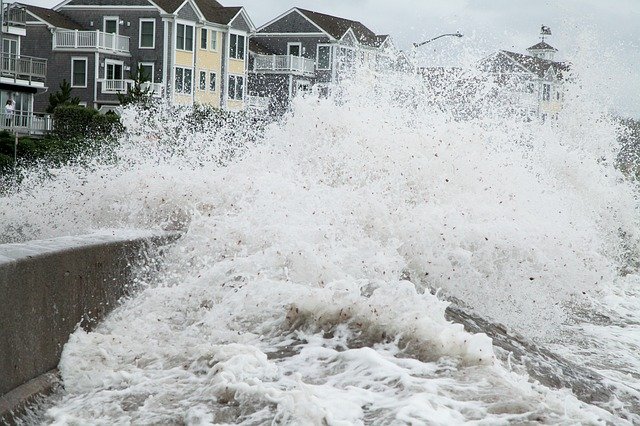 We have all been hearing about how climate change can cause sea levels to rise. However, a new report released by the research nonprofit Climate Central, reveals how serious the issue really is.

The study concluded that an estimated 4.4 million acres of land in the USA (about the size of the state of Connecticut) would be submerged underwater by 2050. It also describes the different economic impacts and that by 2100, over $100 billion worth of coastal properties could be in jeopardy.

In addition, a recent report by the journal Nature Geoscience determined that the Thwaites Glacier in Antarctica which is melting rapidly has the potential to raise sea levels by 3-10 feet.

The underlying causes are warming temperatures that trigger natural phenomena like a glacial retreat. Glacial retreat occurs when glaciers (like the Thwaites) and ice sheets melt at a faster rate than snow and ice can accumulate to keep them grounded. As a result, large pools of meltwater can burst and dump bountiful freshwater into the oceans.

The rise in temperatures is also causing ocean waters to incrementally heat up. Warm waters, as we know expand, and take up a large volume thereby adding to the surging water levels. Additionally, natural disasters like hurricanes and floods are occurring more frequently, cycling more water into the oceans.

As a result of these rising sea levels, many coastal cities face risks. As the coastal floods increase in intensity, they are pushing tidal lines inland and closer to buildings that cannot withstand the floods. 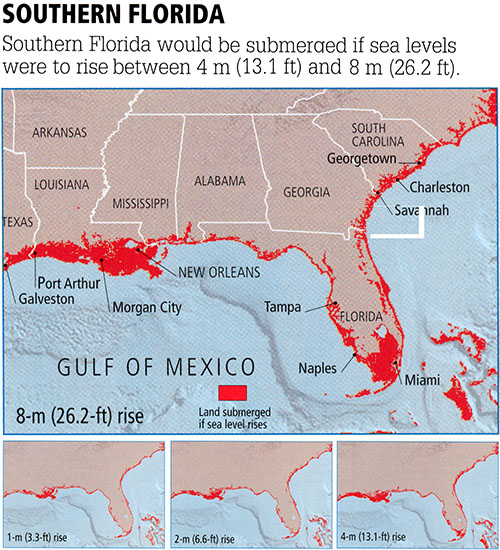 Coastal flooding causes a financial loss for homeowners whose property lines are being pushed further inland by the swelling seawaters.

States on the Gulf and Atlantic coasts like Louisiana, Florida, and North Carolina, which have acres of shallow, low-leveled coastlines, are likely to lose the most.

However, homeowners are not the only ones who will be affected - local governments and their economies stand to lose as much. Rising waters will decrease the area and value of properties along the coast. Since lower-valued properties cannot be taxed as much, this would lead to a decline in funding for schools, fire departments, repairs, and other public services.

Besides declining tax funds, the shift in tidal boundary lines can cause a massive legal and political headache. Local cities and homeowners will be responsible for public and private repairs of their properties, adding to excessive costs. Additionally, certain states use data from tidal lines to draw boundaries and areas under their jurisdiction, which will now need to be changed.

Experts warn that if the sea levels continue to rise, communities may have to prepare for the many different impacts that come with it.