A Nobel For Climate Scientists 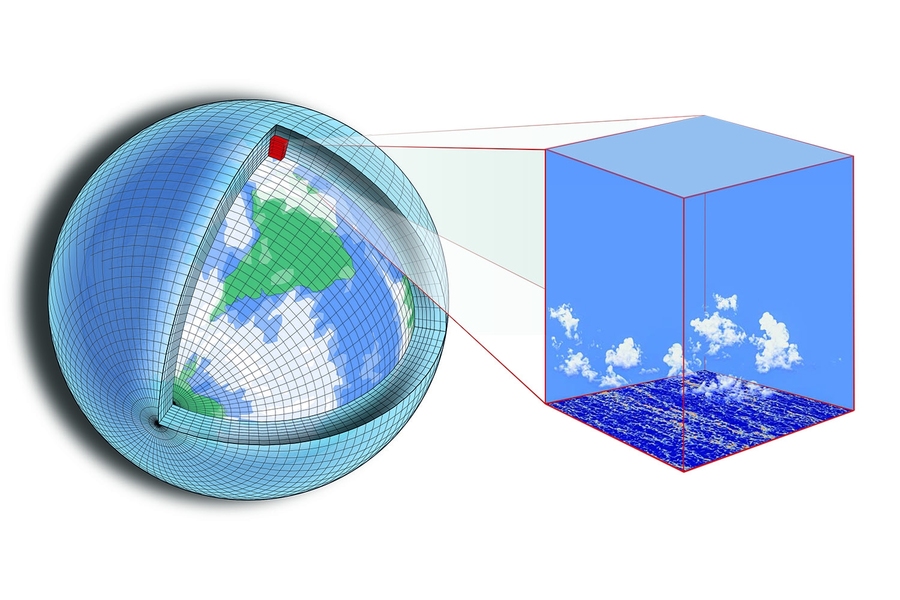 On October 5, 2021, the Nobel Prize for Physics was announced. And for the first time in the history of Nobel Prizes, the award was given to scientists working directly on the issue of climate change.

Japanese-born American Syukuro Manabe, German Klaus Hasselmann, and Italian Giorgio Parisi were awarded the prize for studying humanity’s role in climate change and the study of finding order in natural or man-made chaos.

Dr. Manabe and Dr. Hasselmann won one-half of the 10 million Swedish crown award money, while Dr. Parisi won the other half.

The United Nations (UN) weather agency hailed the win as an excellent sign that there is agreement on humanity’s contribution to global warming.

What did these brilliant scientists discover? And how is their work inter-connected? Let's find out.

Manabe: The Birth of Climate Models 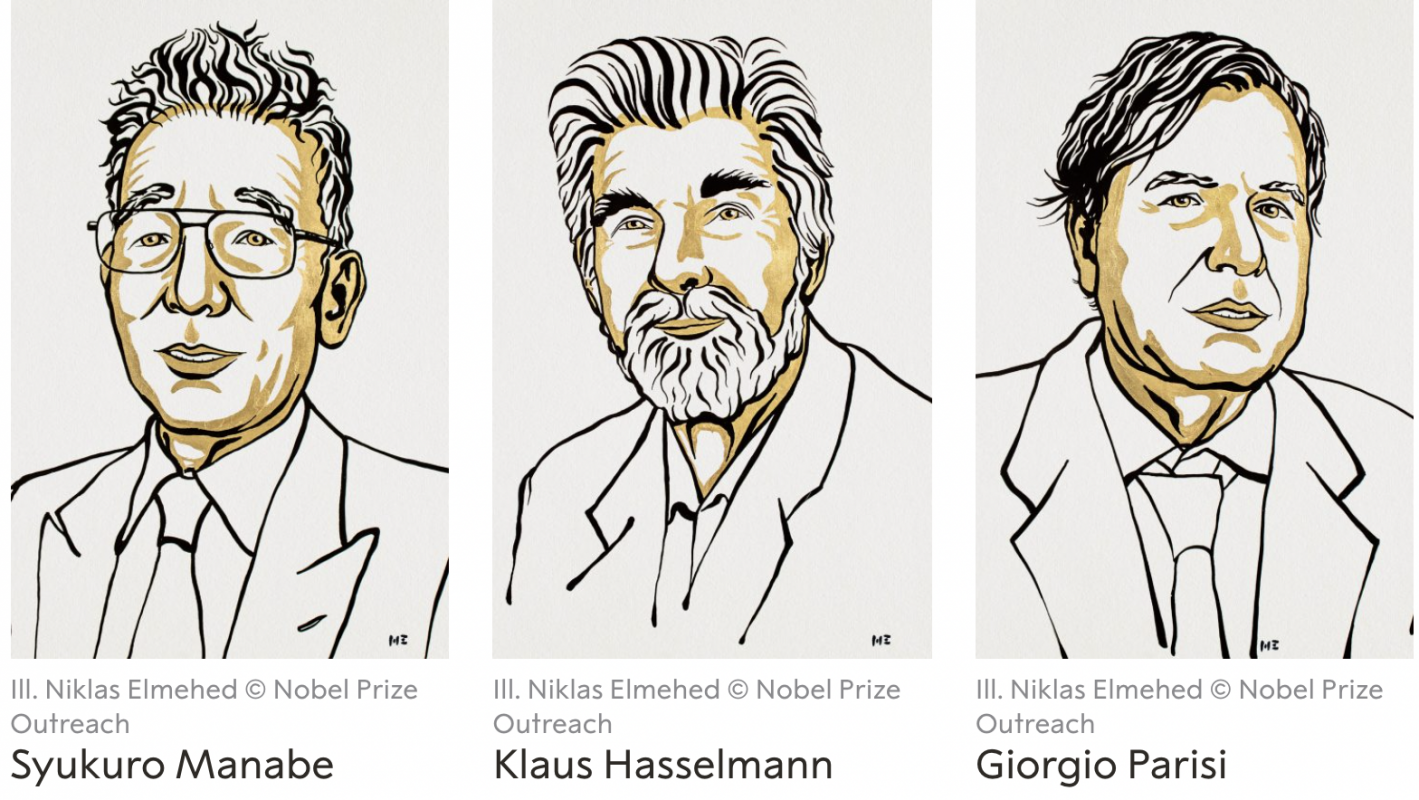 Before 1955, weather forecasters made predictions about the weather using primarily atmospheric data.

However, the study of climate is extremely complicated and is influenced by several physical processes such as the motion of air, electromagnetic radiation, water vapor condensation, ocean and land surfaces, and more.

By the late 1950s, with the advent of computers and the ability to express the different processes that take place on the Earth as a system of mathematical equations, it became possible to create models that represented the entire global atmosphere.

A member of Princeton’s faculty, Dr. Syukuro Manabe developed a model of a vertical column of air extending 40 km into the atmosphere. He then varied the concentrations of gases and noticed that nitrogen and oxygen had negligible effects. However, changing carbon dioxide levels caused the temperature close to the ground to increase significantly -- this showed a direct correlation between increased carbon dioxide levels in the atmosphere and higher temperatures on our planet.

Additionally, Dr. Manabe’s predictions, made over 50 years ago have all come true; he predicted increased arctic warming, decrease in ice and snow, increased drought in some regions, etc. 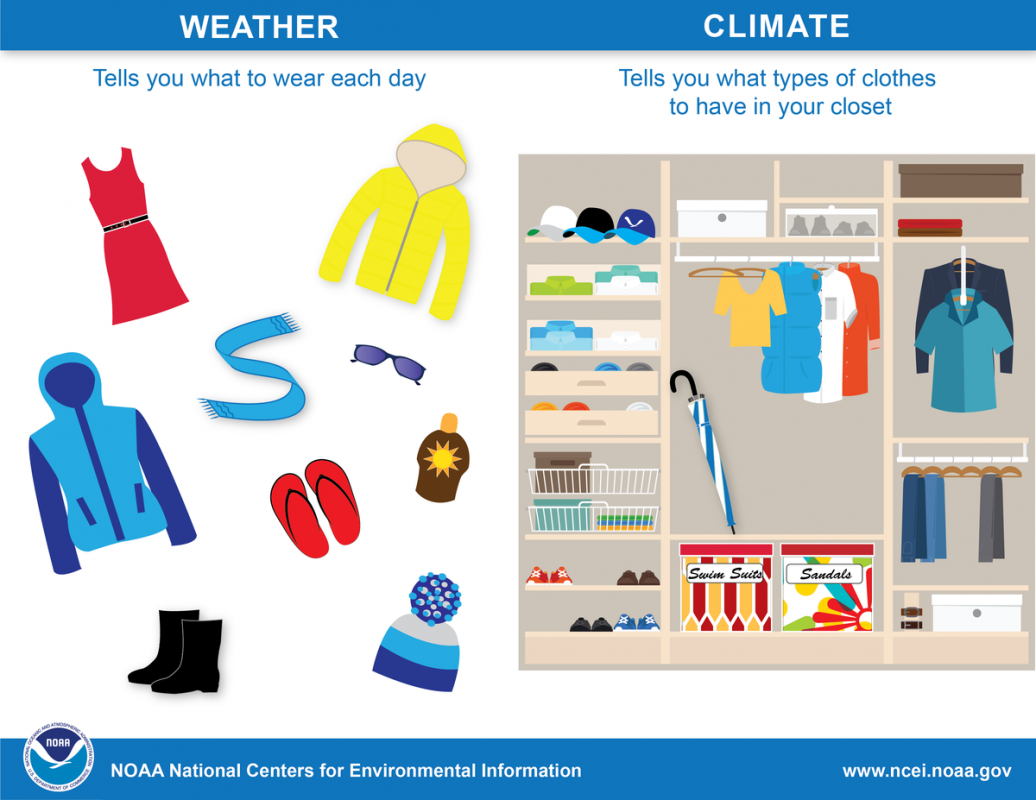 Although weather and climate are closely related, weather refers to short-term changes that happen each day in our atmosphere, such as rain, humidity, wind speed, temperature, etc.

In the early 1970s, Dr. Hasselmann built on Dr. Manabe’s work by establishing a clear link between weather and climate. He showed how the rapid changes in weather can be represented as "noise" and used in climate models.

Dr. Hasselmann identified ‘fingerprints’ that both natural phenomena and human activities leave on the climate. He is credited with laying the groundwork for understanding how human activities influence climate.

Dr. Manabe and Dr. Hasselmann’s work built a strong physical foundation for the models,  but it took Dr. Parisi's work to explain the chaotic behavior in climate systems.

Professor, Dr. Parisi from Sapienza University (Italy) studied the hidden rules behind seemingly random movements, as seen in the motion of gases and liquids, flocks of birds, and even climate systems. He then proposed mathematical theories that produce a more accurate representation of complex systems such as the Earth’s climate.

All in all, the research by these trailblazers has enabled scientists to predict and study chaotic climate systems based on the behavior of the atmosphere, oceans, land surfaces, and their changes over time.

Humanity’s ability to understand this complexity is laudable. By awarding these laureates, the Royal Swedish Academy has proven undeniably that  “global warming is resting on solid science.”