Why Are Cities Getting Hotter? 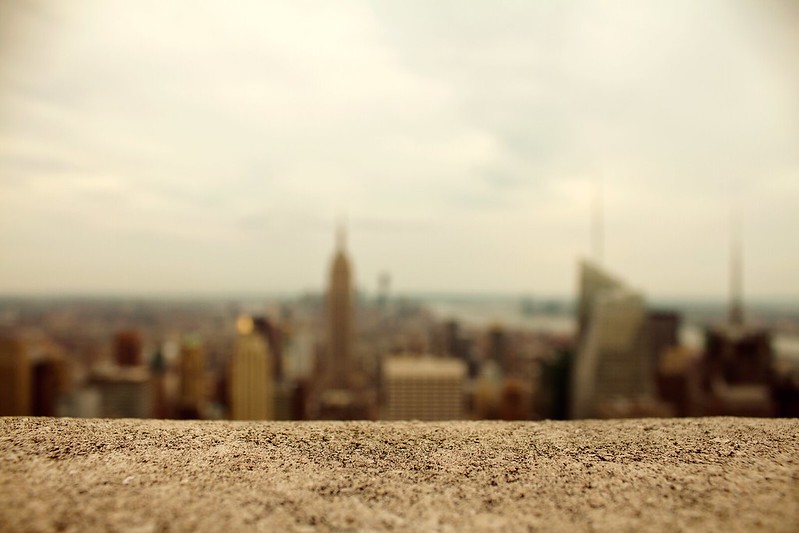 Baghdad is getting hotter and hotter over the years, with each one bringing longer heats waves and higher temperatures. It is estimated, in the next two decades, that the number of days Baghdad will exceed 50 °C (122 °F) will increase from 14 days to over 40.

Now, the government is even going as far as to declare “heat holidays,” in which citizens are forbidden from going to work in the hot temperatures.

Baghdad isn’t the only area that has encountered this spike in temperature. In fact, many cities across the globe are experiencing this same effect, all due to global warming and a factor called the urban heat-island effect.

What is the Urban Heat-Island Effect? 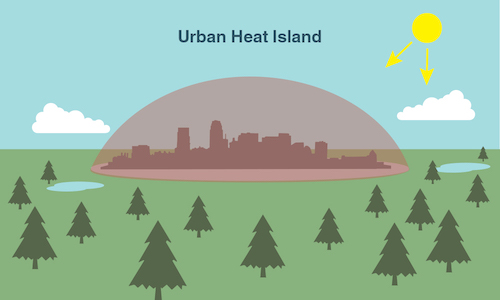 Have you noticed how cities feel hotter in summer than areas surrounding the city? This is because the concrete buildings, pavements, and other surfaces in cities absorb the midday heat, and release it slowly into the atmosphere.

In addition, air conditioners, cars, and other machines pump hot air into the street making it near impossible for heat to escape. This effect increases the temperatures within cities, known as the urban heat island effect.

Also, since the heat dissipates slowly after sunset, temperatures at night-time temperatures are higher than normal. This makes it hard for the human body to cool down, worsening heat stress and health issues, especially among the vulnberable population (elderly, homeless, children, and those with pre-existing health issues).

According to the World Health Organization, between 2000 and 2016 the number of people exposed to heat waves rose by a whopping 125 million people, claiming more than 166,000 lives in the past three decades.  This number is only going to increase with time, as the proportion of people living in urban areas is expected to increase to 70% by 2050.

Lei Zhao, a climate scientist at the University of Illinois at Urbana-Champaign’s, and his colleagues created a model on cities focusing on changing temperatures and humidities, two major factors contributing to the increase in heat. They discovered that by 2100, cities could warm from 1.9 °C to over 4.4 °C.

What Can Be Done? 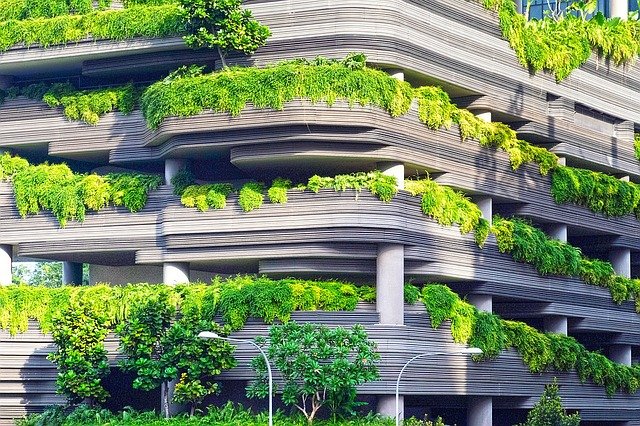 Not all hope is lost; there are many solutions to the rising problem.

Greenery, like trees, green roots, and other vegetation, can not only beautify cities but also help reduce the consequences of the urban heat-island effect. Leaves act like mini air conditioners as they release moisture into the atmosphere, cooling the environment. They also provide shade for buildings and surfaces, helping the city absorb less energy.

Building rooftop gardens, using reflective materials on roofs, and painting pavements white are a few other solutions to address the urban heat island effect. With less pavement and concrete exposed to direct sun, the heat would freely circulate back into the atmosphere.

Perhaps with better city management and architecture, we can help cities and the millions of people who call them home from extreme heat.

Cool Your Home Without Electricity! (4)