Mysterious Leaks In The Baltic Sea 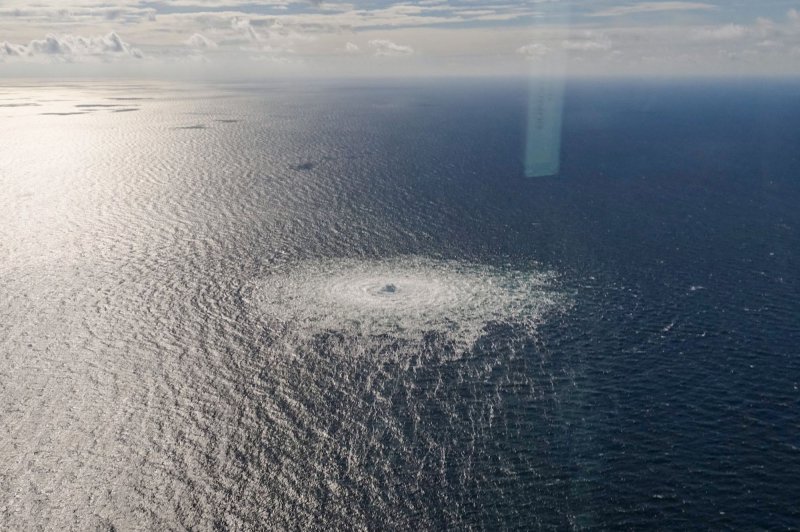 In late September, Danish and Swedish authorities reported mysterious bubbles in the waters of the Baltic Sea.

At the same time, operators of two gas pipelines -- Nord Stream 1 and 2, reported a drop in gas pressure. In addition, seismic devices in Sweden captured a low-grade tremor that was unlike an earthquake.

From these signs, authorities in Denmark, Sweden, and Germany pieced together that there had been an explosion in the pipelines -- and it was likely sabotage. Now, one month after the leaks, images of twisted metal and blast openings in the pipelines have emerged.

The West is blaming Russia for the attack since gas supplies into Europe had been halted following the invasion of Ukraine. Russia, in turn, is blaming the U.S and the U.K for the sabotage.

As both sides trade blame, the investigation into the pipeline blasts is ongoing with Russia joining the probe. 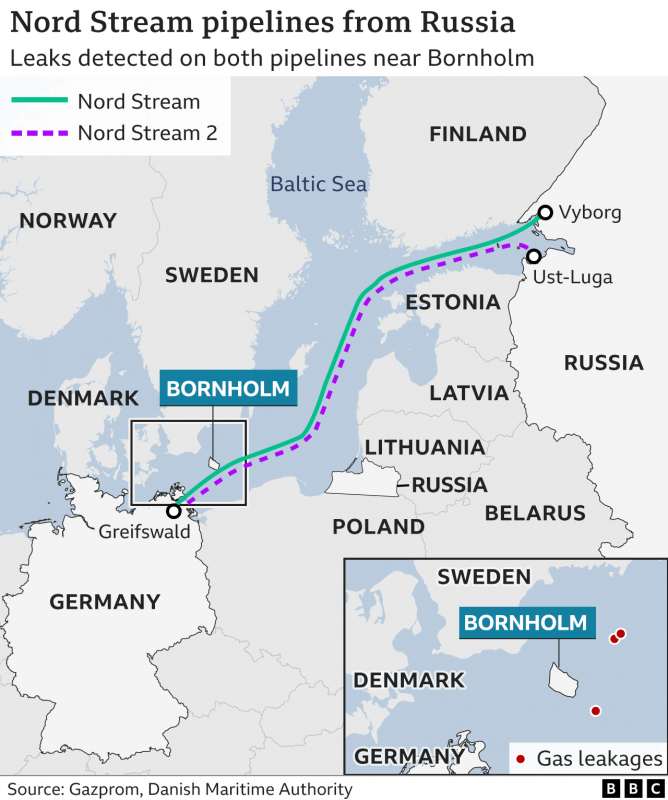 Nord Stream 1 is the biggest gas pipeline between Russia and western Europe, passing under the Baltic sea and connecting Russia to Germany.

The pipeline, which became operational in 2012, is capable of carrying 170 million cubic meters of natural gas -- nearly half of the total natural gas produced in Russia. Europe is heavily dependent on Russian gas for heating homes and powering businesses.

Nord Stream 1's sister pipeline, Nord Stream 2, runs parallel to it and was to begin operations this year. Both pipelines are buried 80-100 meters, on the sea bed and made of steel pipes encased in 24 tonnes of concrete. Any damage to these pipelines would, according to experts, require special technology and planned execution.

Although neither of the pipes is operational (halted due to the Russia-Ukraine conflict), both had been filled with an estimated 300 cubic meters of natural gas. This is needed to maintain the pressure inside the pipes and prevent them from collapsing.

Impacts of the Leak

Natural gas is a combination of various gases primarily consisting of methane, a greenhouse gas that traps 80 times more heat than carbon dioxide.

It is unclear how much gas was released, with estimates ranging from 100,000 to 400,000 tons of methane. However, it is certain that the number is record-breaking. Unlike oil spills, the leak did not pollute the surrounding marine environment, but it created a one-kilometer area of gas bubbles in the Baltic Sea.

The disrupted pipelines also mean that Germany and the European Union will not be able to receive Russian gas for some time. These blasts have been a wake-up call for Europe that depending on Russia was a mistake and they are looking for alternate sources of energy, especially with winter approaching.

Scientists observe that even though this leak is one of the worst ever, the amount of methane released is only equal to a day or two of regular methane emissions. This is a call to action and puts into perspective the large amounts of fossil fuels the world uses daily.