Platypuses Glow In The Light! 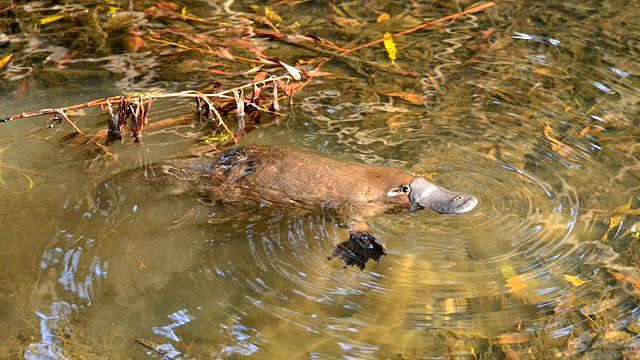 As if laying eggs as mammals and having venomous spines was not enough, scientists have discovered another unusual trait about platypuses - they can glow!

Although they are no night lights, platypus exhibit a greenish-blue hue when an ultraviolet (UV) light is shined on their fur, a phenomenon known as biofluorescence.

In a study published in the journal Mammalia, scientists discovered this strange characteristic in three specimens of the platypus from Tasmania, Australia.

The glow was observed in both male and female specimens, so scientists ruled out reproduction as a possible explanation. 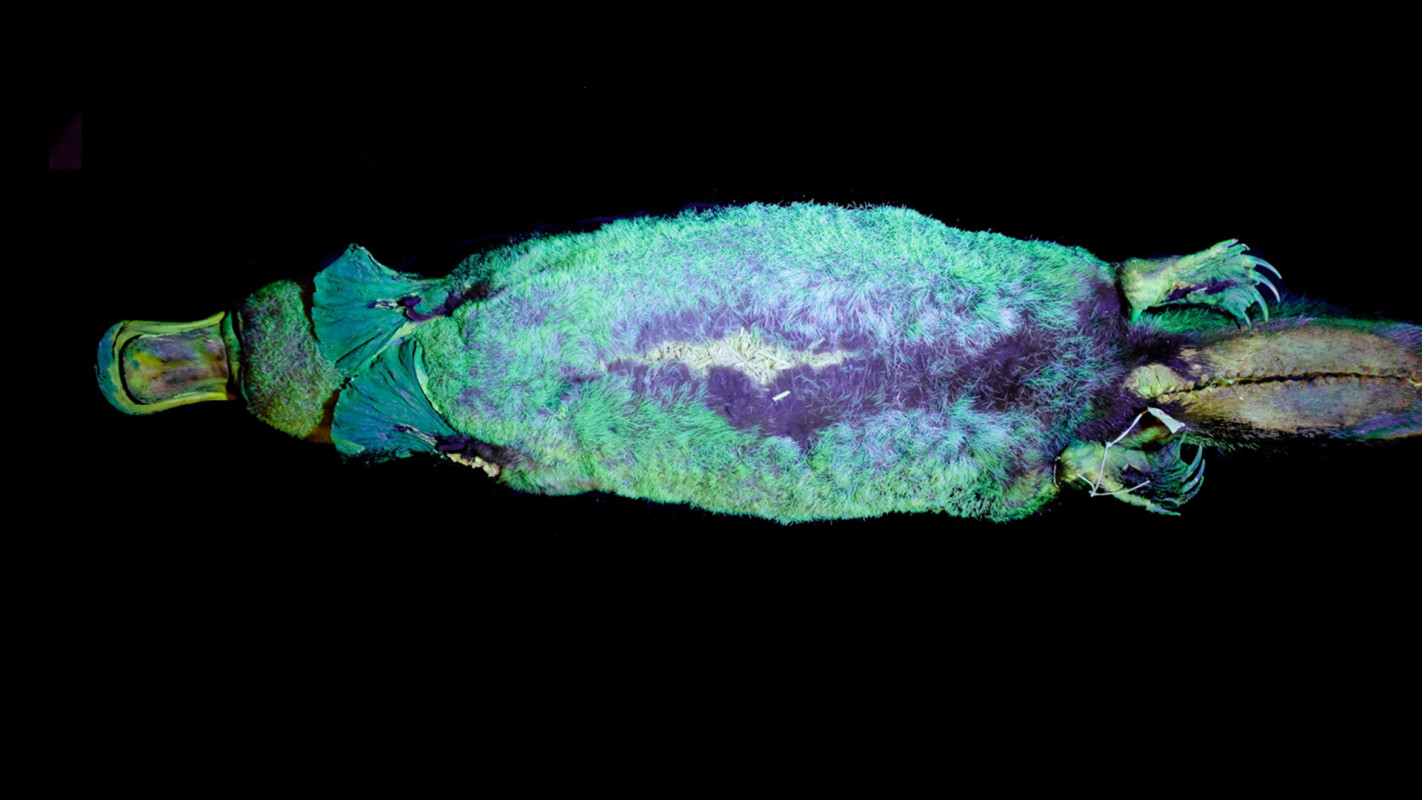 Biofluorescence is the natural phenomenon of absorbing certain types of light and re-emitting it (giving it off again) as a different color. It is different from bioluminescence where the light is produced as a result of a chemical reactions inside the animal's body.

Typically, platypuses sport a muddy brown coat of fur. However, when exposed to UV light, they absorb the bluish-purple wavelengths and transform it into a neon green color that is visible to the human eye. Scientists theorize that platypuses may be using biofluorescence to evade predators that can perceive UV light.

However, biofluorescence is an ambiguous trait and it may not always have a purpose. It is quite possible that this rare trait in platypuses is inherited from their ancestors.

Prior to this discovery about platypuses, biofluorescence was found to be present in only two other mammals - flying squirrels and opossums. It certainly came as a surprise to scientists when they found out that these seemingly unrelated creatures shared an unexpected feature.

Biofluorescence is not just limited to mammals, however - many other animals employ this intriguing feature which turns them into living glow sticks such as several species of deep-sea fish, scorpions, and corals.

Nature’s usage of UV light is truly versatile - not only can some organisms glow under UV light, but others have the ability to see spectrums of colors that are not visible to the human eye! Hummingbirds have a special vision that allows them to see certain wavelengths of light that help them precisely find sources of food.

Although they still have lengths to go, scientists are one step closer to discovering more about the “power” of platypuses to manipulate UV light through biofluorescence.

Pangolins: The Most Trafficked Mammal (4)