Have You Heard Of Forever Plants? 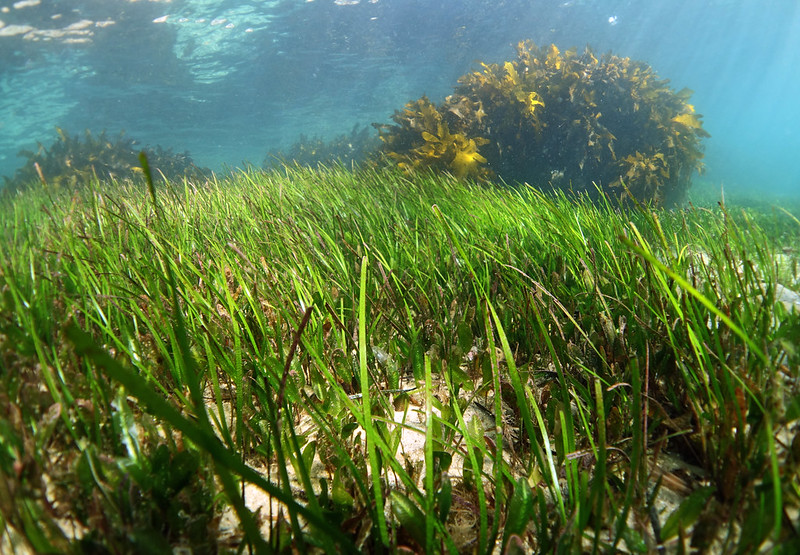 Do you know what ‘carbon sinks’ are? This term is used to describe the organisms and ecosystems on our planet that soak up and store carbon. In doing so, they naturally regulate the levels of harmful gases in the air.

The carbon absorbed by marine ecosystems is known as “blue carbon.”  And among them, seagrass meadows, which are largely inhabited by Posidonia oceanica, play a very important role.

Unfortunately, the future of Posidonia oceanica is uncertain according to a recent report from UNESCO. Let’s dive in to understand this extraordinary seagrass and what we can do to help it survive.

Posidonia derives its name from the Greek god of the sea, Poseidon. It is an extremely important and interesting species for a variety of reasons. 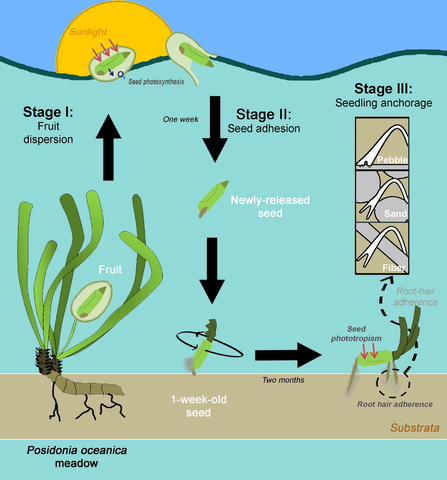 This ancient Mediterranean seagrass resembles a bulrush and appeared underwater about 100 million years ago. The grass is very resistant to microbes and is capable of cloning (multiplying) itself. A patch of 200,000-year-old Posidonia is the world’s oldest living organism.

Posidonia oceanica can capture up to 83 million metric tons of carbon per year. This is important because carbon dioxide is one of the largest greenhouse gases responsible for climate change.

This underwater seagrass also naturally traps microplastic waste, gathering it into bundles known as “Neptune balls”. These balls, which are later expelled from the sea through beaching, trap almost 900 million plastic items in the Mediterranean every year.

Posidonia oceanica is known as “the lungs of the Mediterranean” because of how much oxygen it provides to coastal waters through photosynthesis. In fact, did you know that underwater plants generate over half of the oxygen we breathe?

Sadly, despite having survived for millions of years, Posidonia meadows are dwindling rapidly. Fertilizers and pollution cause algal blooms in the ocean, and these block the sunlight that Posidonia and other species need to grow and thrive. 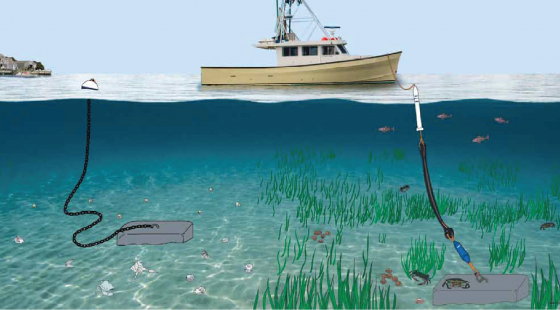 Boat anchors and propellers are especially destructive to seagrass beds because they crush and tear the marine plants. One area in the Mediterranean lost 44 % of ancient seagrass in 4 years. Since the plant grows very slowly, it will be thousands of years before this loss is replaced.

Furthermore, Posidonia struggles to grow at temperatures above 28℃ (82.4ºF), so rising sea temperatures are a further threat to its survival.

Thankfully, governments have recognized the importance of this extraordinary grass as a powerful defense against climate change. It has been protected by national laws since 1988, and attempts are being made to restore seagrass beds in several parts of the world.

Nevertheless, seagrass populations worldwide are still struggling to survive. Some simple things we can do in our homes to protect marine species include reducing or completely avoiding the use of fertilizers and hazardous chemicals, reducing plastic waste, and supporting local conservationists.