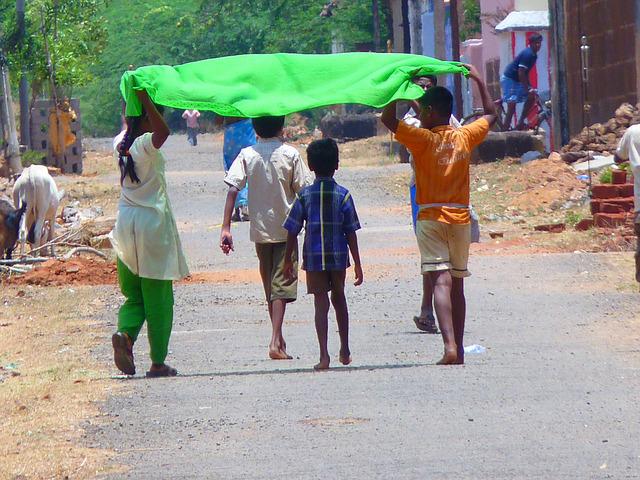 A surge of intense heat waves has scorched India and Pakistan, with some of the hottest and driest weather seen in 122 years!

As temperatures surpassed 120ºF last weekend, setting a new April record for many cities, experts warned that the heat would only continue to rise.

India's government has shut down or closed schools early for Summer break and released a warning of “severe heatwave conditions” for the upcoming weeks. Both countries also saw other alarming side effects, including an increase in weather-driven fires, a sharp drop in agricultural yields, and even risks of flash flooding.

What Led to the Heat Waves?

While heatwaves are not uncommon in the region, they typically occur in May and June and are followed closely by the monsoon season. However, this year, the heat waves started in March itself, with no rain in sight.

Scientists attribute the heatwave to climate change and atmospheric factors. In major cities across South Asia, urban pollution is on the rise - leading to an increased presence of toxic pollutants like black carbon and dust that trap heat.

On another front, a combination of the La Nina weather pattern and warm waves from the Arctic are to blame. It has caused a high-pressure system to form over the Indian subcontinent and that is causing hot, dry air to sink and stay in place. This is similar to the pressure pattern that caused fires in the western U.S and Canada last year (see our earlier article here). 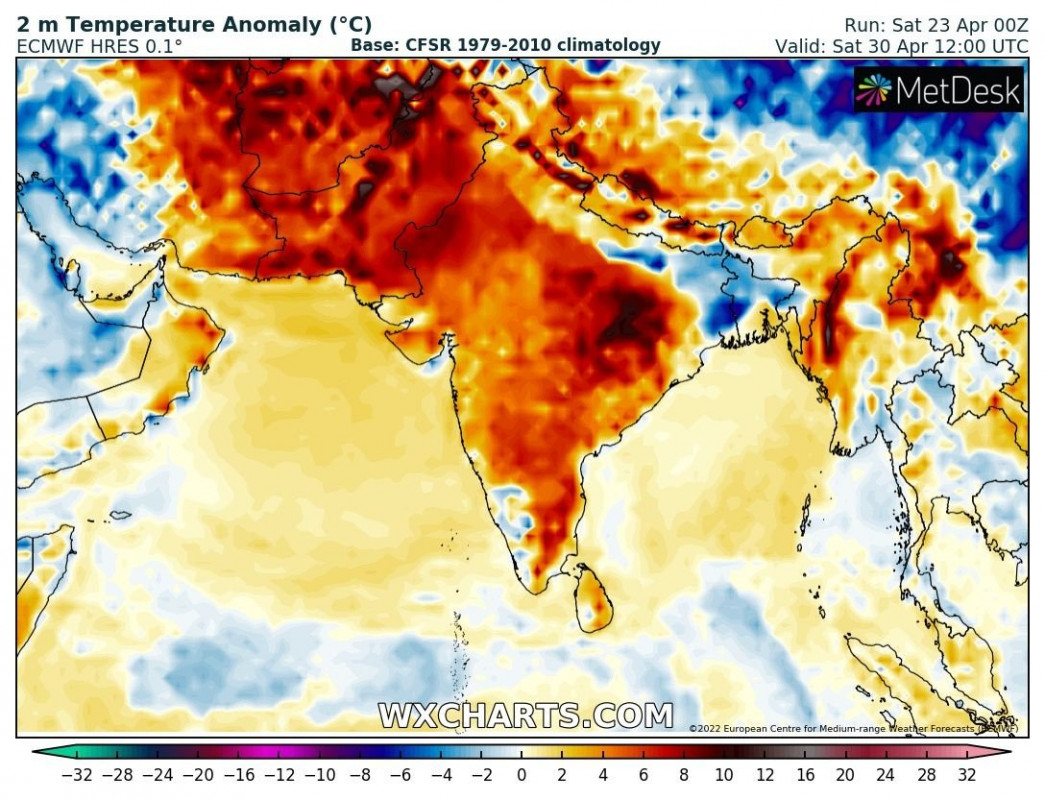 India and Pakistan, home to over a billion people, are already seeing heat-related deaths. As high temperatures and humidity persist throughout the nighttime, it makes it hard for the human body to cool down.

Recent power cuts across India due to shortages in the supply of coal have left a large part of the population without access to air conditioning and fans. The Indian government has reduced the number of passenger trains to allow more trains carrying coal to get to power plants.

The heatwaves have also sparked fires in landfills in India and increased glacial melt and the risk of flooding in the mountainous areas of Pakistan. High temperatures have also caused a decline in the agricultural yields for farmers, as crops mature and die quickly with the early onset of extreme heat. As a result, the harvest of plants like wheat has been reported to be about 20% lower than that of 2021.

As citizens continue to try to beat the heat, scientists are concerned that the situation only seems to be growing worse. However, as monsoon season approaches, there is hope that the rain will end the seemingly endless periods of heat.