My Work As A Wildlife Biologist 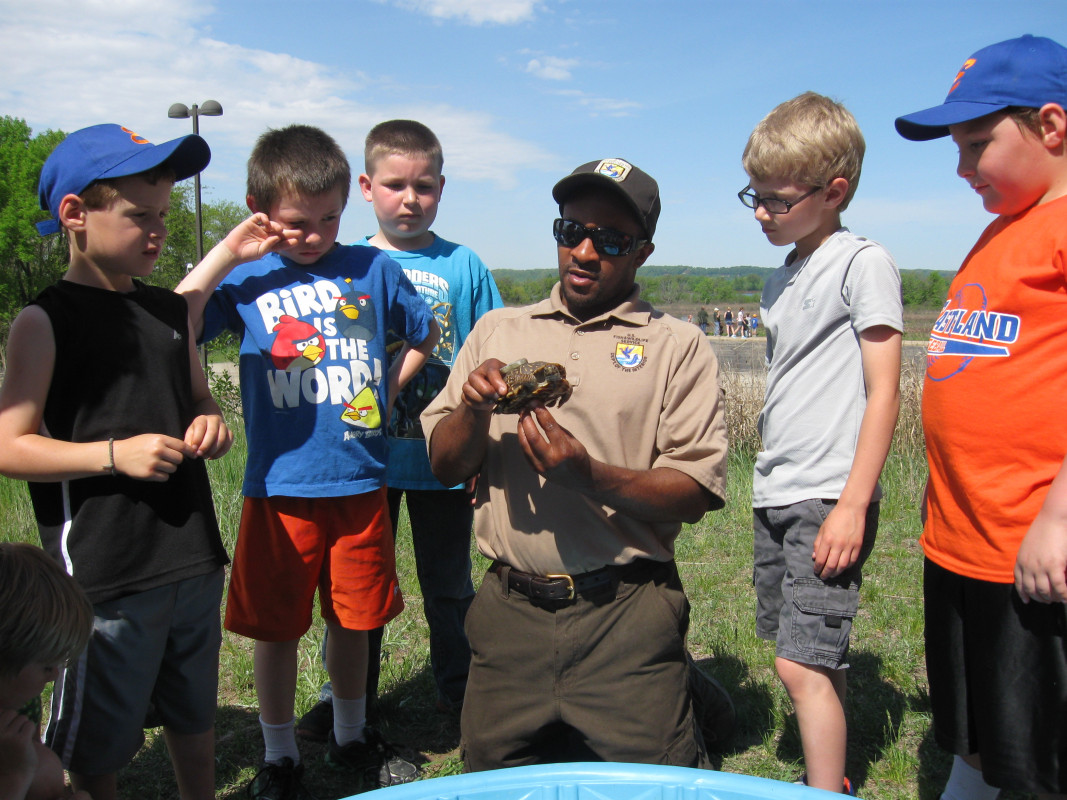 As a wildlife biologist at the Savanna refuge, I have a job with many duties. I work on a turtle headstart program, help manage fish and ducks, and increase public awareness of wildlife.

One major project I’ve been involved in is overseeing the conservation and restoration of the ornate box turtle population in Illinois state. These turtles, which live in sand prairies, are facing a huge threat. Their habitats have declined significantly primarily due to development, agriculture, and farming.

Habitat loss is a huge factor threatening the survival of these turtles. Then there are predators like raccoons that feast on turtle nests. In some years, predators destroy greater than 90% of the nests that are laid.

Caring For Turtles And Birds

We partner with zoos for a turtle head-starting program to increase the survival of their young. In June, eggs are collected from nests in the wild and transported to zoos for hatching. The baby turtles (called hatchlings) are raised at the zoo for almost a year. The hatchlings are released the following June back into the wild.

These efforts have helped re-establish a healthy population of turtles on Illinois’ largest sand prairie which is on our wildlife refuge. After starting with only three turtles in 2008, the Refuge expects to reach its goal of 100 turtles in the summer of 2016.

Our Refuge has several wetlands and marshes that attract hundreds of thousands of ducks and birds during peak spring and fall migration. We manage water levels in the wetlands by pumping water from the Mississippi River. This also ensures that the birds have adequate food (aquatic vegetation), shelter, and can be protected from hunters during the hunting season.

A lot of my time is spent doing wildlife surveys, which means trying to figure out how many animals or fish are in a certain area.  This is harder than just simply counting them because animals are well hidden and frequently move in and out of our study areas.

So we use various techniques, like banding birds and radio-tracking turtles to help us understand their habits (though counting animals in a methodical way is something we also do a lot!). We use all this information to help manage these populations.

Another important part of my job is to promote diversity in science fields. In 2008, I helped start Iowa State University’s Turtle Camp Research and Education in Ecology (TREE) Program. The goal of this program is to enable high school and college students from diverse backgrounds to conduct wildlife research for two continuous weeks on the Refuge each year.

I also partner with different elementary and high schools to bring inner-city youth to the Refuge for environmental education programs. I really enjoy being able to give back to the community and share my passion for wildlife with the public.